The deal reportedly could be worth more than $20 billion.

Microsoft (MSFT -0.37%) has the green light to proceed with a deal to build a specialized version of its HoloLens goggle for military usage, a potential multibillion-dollar opportunity for the software giant.

Microsoft first won a deal with the Pentagon three years ago, but the contract was put on hold last year as Congress reconsidered the effort. But on Wednesday, the company said in a blog post that the Army is ready to proceed with the production phase of the system. 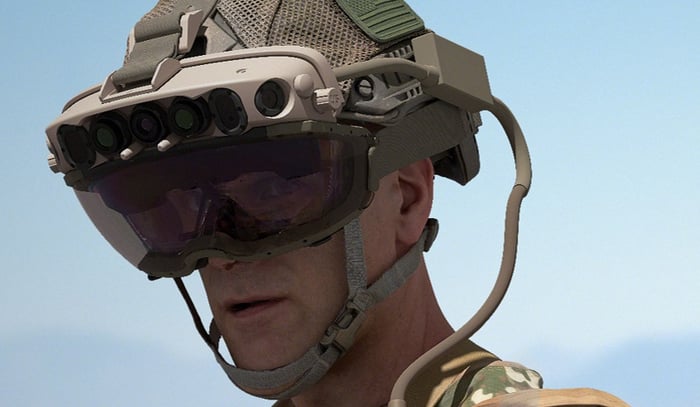 The Integrated Visual Augmentation System (IVAS) is designed to raise situational awareness on the battlefield. It is designed to allow soldiers to share information and better coordinate their efforts, similar to the systems that fighter pilots use in modern warplanes.

Bloomberg said the deal could be worth as much as $21.9 billion over the next ten years.

Microsoft technical fellow Alex Kipman in the blog post announcing the deal said the company "has worked closely with the U.S. Army over the past two years, and together we pioneered Soldier Centered Design to enable rapid prototyping for a product to provide soldiers with the tools and capabilities necessary to achieve their mission."

The deal is a solid win for Microsoft but might cause some internal turbulence. Employees at Silicon Valley companies, including Microsoft and Alphabet, have pushed the companies to avoid working with the Pentagon and becoming more like defense contractors, with Microsoft employees in 2019 singling out this HoloLens arrangement as an example of their objection.