It's part of the tech giant's plan to become completely carbon neutral for all of its products and its supply chain by 2030.

Technology news website The Verge reports Apple will be using 85 lithium-ion Megapacks that will store the energy produced by the 130-megawatt California Flats solar array, and will be capable of storing 240 megawatt-hours of energy, an amount that could power 7,000 homes for a day,.

The project is part of Apple's goal of becoming completely carbon neutral for all of its products and its supply chain by 2030. 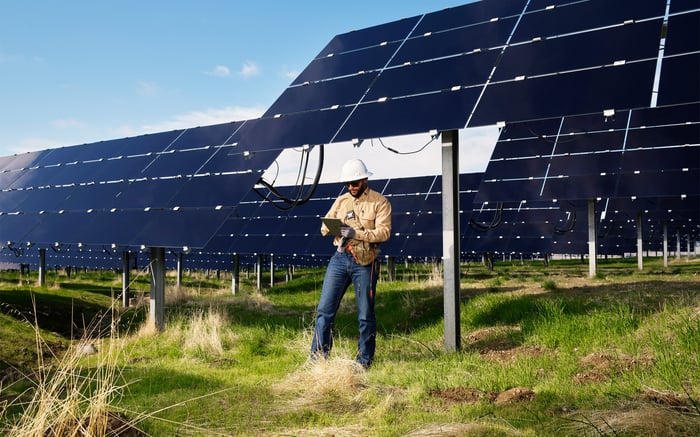 The tech giant announced over 110 of its suppliers have committed toward using 100% renewable energy sources when manufacturing Apple products, with about 8 gigawatts of clean energy production planned as a result. It is reportedly the equivalent of taking 3.4 million cars off the road. It also means that in less than a decade, every Apple product sold will have a net zero climate impact.

Tesla developed the Megapack in 2019, saying it was easier to install and offered 60% more energy density than its Powerpack, resulting in "significant" savings in costs and time in comparison to other storage systems and power plants using fossil fuels.

Yet Lisa Jackson, Apple's vice president for environment, policy, and social initiatives, told Reuters the company also understands the challenges the project represents because of the inherent unreliability of solar and wind energy: "The challenge with clean energy -- solar and wind -- is that it's by definition intermittent. If we can do it, and we can show that it works for us, it takes away the concerns about intermittency and it helps the grid in terms of stabilization."

Apple plans to share the results of its project with other companies in the future.