Digital video veteran Netflix (NFLX -1.55%) is not afraid to spend big on proven winners in the content arena. This week, the company ponied up $450 million for the sequel rights to the box-office smash Knives Out. That's just the rights, not the production budget. Centerpiece star Daniel Craig has agreed to reprise his private detective role in the sequels.

Knives Out by the numbers

According to Variety and Deadline Hollywood, Netflix has secured the rights to produce two sequels to Rian Johnson's crime-caper comedy for more than $400 million. The company outbid streaming rivals Apple and Amazon to seal the deal. 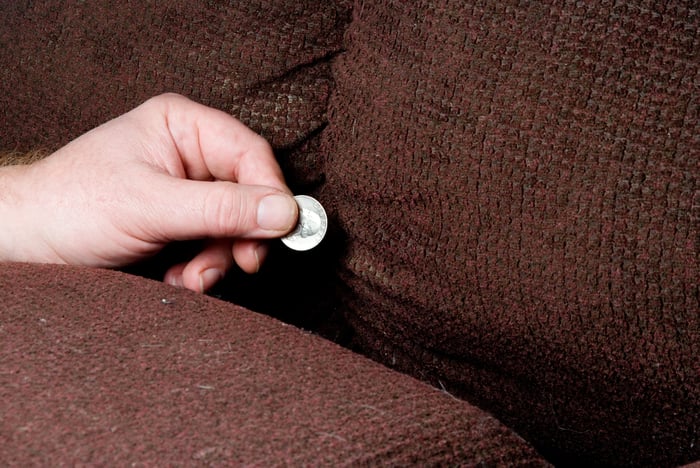 Netflix is looking for a lot of these couch-cushion treasures. Image source: Getty Images.

The first film collected global box office receipts of $311 million in 2019, giving production company Media Right Cable and distributor Lionsgate a handsome return on the $40 million production budget. Knives Out was a worldwide hit, attracting large audiences in key markets such as China, Russia, Brazil, and Germany. The global footprint is a good fit with Netflix's international growth ambitions.

Production of the second title should start in Greece later this year. Netflix holds the exclusive rights to these titles, so the company can attempt alternative distribution tactics. For example, Netflix could attempt a semi-traditional theatrical run on a market-by-market basis. Reaching the millions of established Knives Out fans in China would require partnering with a local distribution channel.