Please ensure Javascript is enabled for purposes of website accessibility
Log In Help Join The Motley Fool
Free Article Join Over 1 Million Premium Members And Get More In-Depth Stock Guidance and Research
By Lee Samaha - Updated Apr 5, 2021 at 9:53AM

The auto parts retailer is shaping up for another excellent quarter.

Shares in auto parts retailer O'Reilly Automotive (ORLY -7.48%) rose 13.4% in March, according to data provided by S&P Global Market Intelligence. The move is probably more of a consequence of what its peer, AutoZone, reported in early March rather than anything management said. 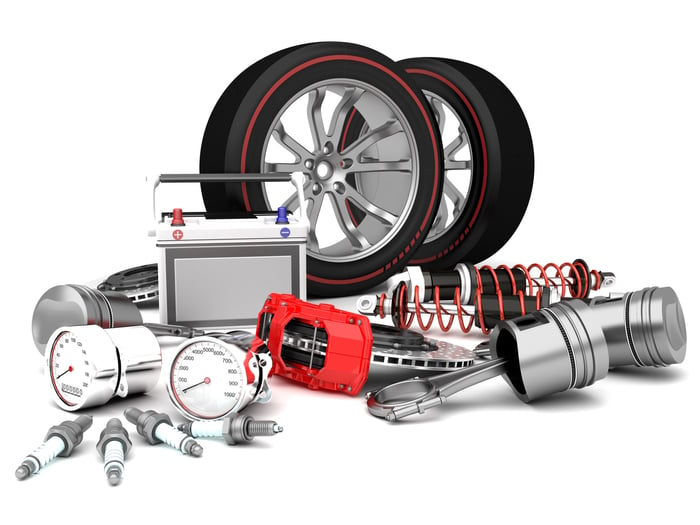 The following chart shows how closely correlated sales growth at O'Reilly and AutoZone is. But here's the thing: O'Reilly's fourth-quarter 2020 earnings ended on the final day of 2020, while AutoZone's most recent quarter ended on Feb. 13.

Therefore, AutoZone's last earnings covered the period containing around half of O'Reilly's first-quarter 2021 earnings. Given that AutoZone reported same-store sales growth of 15.2% in the quarter, it's highly likely that O'Reilly is having an excellent first quarter. 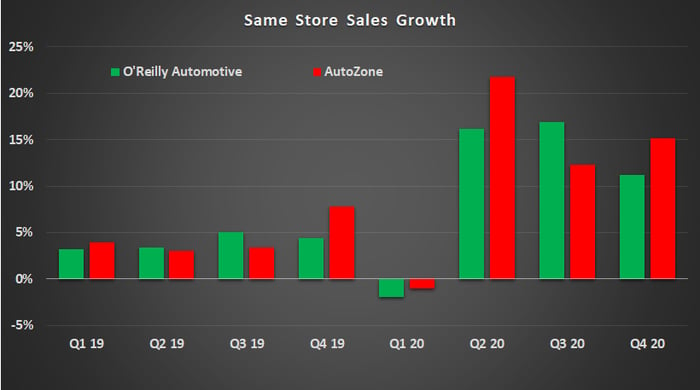 Also, O'Reilly investors would have taken heart from AutoZone management's disclosure that its commercial, or Do-It-For-Me (DIFM), business was up 15% in the quarter. This is a key point, because O'Reilly tends to have a much more balanced mix of DIFM and DIY sales than AutoZone does; the latter generates only around 22% of its sales from DIFM. So O'Reilly is probably having an excellent quarter in DIFM too.

Meanwhile, the stimulus package is seen as boosting consumer spending on auto parts, and the ongoing sluggishness of auto sales is putting upward pressure on the average age of vehicles on the road in the U.S. That's good for auto parts retailers, as older cars tend to need more repair.

O'Reilly will give its first-quarter earnings on April 28. Investors are expecting the company to deliver positive results. It will then be AutoZone investors' turn to read across from O'Reilly's figures.

1 Unstoppable Auto Stock That Outpaced Bitcoin Over the Past Year