Please ensure Javascript is enabled for purposes of website accessibility
Log In Help Join The Motley Fool
Free Article Join Over 1 Million Premium Members And Get More In-Depth Stock Guidance and Research
By Keith Speights - Apr 6, 2021 at 6:01AM

Their growth prospects are too good to ignore.

Cathie Wood didn't achieve tremendous success by making bad calls about stocks. Three of her ARK Invest exchange-traded funds (ETFs) rank among the top 10 best-performing ETFs over the last five years. Another one is in the top 20.

However, mimicking exactly what Wood does isn't necessarily the best course of action for you and me. That's especially the case if your investing time horizon is at least five to 10 years. Here are three stocks Cathie Wood is selling that long-term investors should be buying. 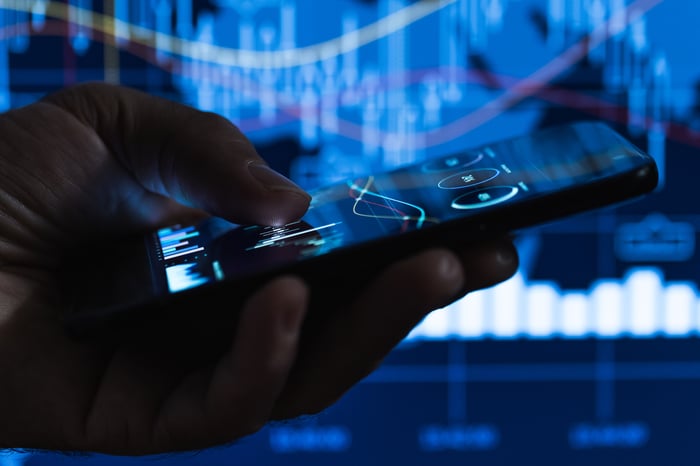 I think that PayPal continues to be an excellent pick for long-term investors. First of all, even though the company has been in business for more than two decades, in many ways PayPal is just getting started. The shift from cash to digital payments, while accelerating, remains only in its early innings.

PayPal is pulling out all the stops to make its apps the digital payment option that consumers prefer. Its "buy now, pay later" feature makes installment payments available to online buyers with low (and sometimes zero) interest rates. The company continues to introduce new functionality for Venmo, including the ability to cash checks in the app.

And don't think that PayPal is limiting itself to online shopping and peer-to-peer payments. Around 600,000 brick-and-mortar merchants now support payment using PayPal and Venmo's QR code feature. With strong growth prospects in both e-commerce and physical stores, PayPal seems likely to be a big winner for years to come.

ARK Innovation ETF and ARK Next Generation Internet ETF sold shares of Pinterest (PINS -0.99%) in March. ARK Fintech Innovation ETF also sold some of its shares of the social media leader in February. Pinterest still ranks among the top 10 holdings for the fintech ETF, though.

I think Pinterest's momentum will continue well into the future. People like a social platform that avoids politics and controversies. And businesses want to reach those individuals. My hunch is that Cathie Wood could return to buying this high-flying stock before too long.

Sure, Regeneron's stock performance has been underwhelming so far this year. But from a business standpoint, in recent months the drugmaker has delivered nothing but good news that should translate to a brighter future.

In late March, Regeneron announced that its REGEN-COV antibody cocktail reduced hospitalization or death by 70% in non-hospitalized COVID-19 patients. Earlier in the month, the company stopped its late-stage study of Libtayo in treating advanced cervical cancer earlier than anticipated, because the immunotherapy achieved such a tremendous improvement in overall survival. Just a week before that, Libtayo won U.S. Food and Drug Administration approval as a first-line treatment for advanced non-small cell lung cancer.

Unlike many of the stocks that Cathie Wood likes, Regeneron is a bargain: Its shares currently trade at only 10.5 times expected earnings. With several drugs already on the market that continue to generate solid growth along with a promising pipeline, Regeneron looks to me like one of the top biotech stocks to buy right now.