The transformation promised by activist investors may not pay off soon enough.

While GameStop's (GME 0.92%) lofty stock price is unsustainable once the Reddit trading surge keeping it elevated fades, the video game retailer still must confront the challenges of a transforming industry. That's a hurdle it has yet to prove it can get over.

Ascendiant analyst Edward Woo says the challenge is too much for GameStop at the moment, even with the tailwind of the video game console upgrade cycle. He downgraded the retailer to sell from hold and dropped his price target to $10 per share from $12, some 94% below where GameStop closed last Friday. 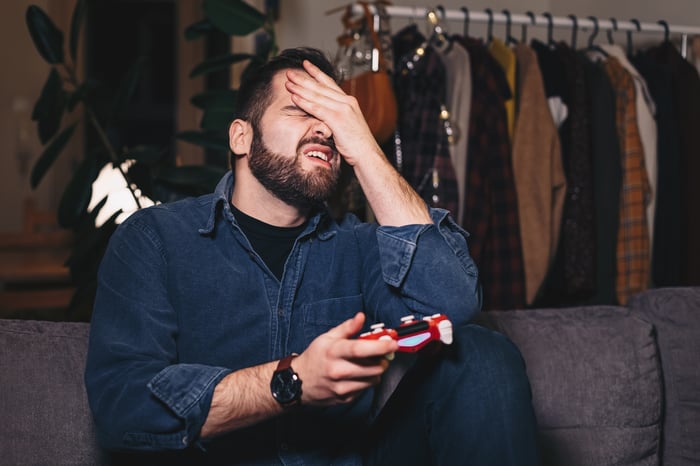 In a research note to investors, Woo said the "digital threats" to GameStop's business will continue to mount, which will cause the support it's received from internet traders to fade. Although the retailer is benefiting from strong launches of Microsoft's new Xbox console and the new Playstation console from Sony, the fiscal-year outlook remains "hazy" for the company.

He sees "significant digital and execution risks" for GameStop, suggesting he's not certain the major reimagining of the retailer's business will pay off -- at least not quickly.

Activist investor Ryan Cohen is firmly in charge of GameStop now after he was appointed board chairman and most of the directors announced they will not stand for reelection. Cohen has suggested the retailer sell most of its physical stores and adopt a consumer-oriented e-commerce model.

Although he now has the wherewithal to effect the change he wants in the business, Wall Street remains unconvinced he will be successful. With GameStop's shares closing north of $158 per share last week -- but falling 10% in morning trading Monday in response to the Ascendiant downgrade -- analysts still believe there is a lot of room for the stock to tumble further.