These high-risk, high-reward healthcare stocks have outperformed the market over the past year.

Over the past quarter, traders of the legendary r/WallStreetBets have propelled shares of GameStop, AMC Entertainment Holdings, and BlackBerry to some mouth-watering (albeit roller-coaster-like) returns. The same group of investors is now eyeing two medical stocks, Trevena (TRVN -5.80%) and Tonix Pharmaceuticals (TNXP 1.90%).

The two firms are identical in that they rely almost entirely on the success of one drug in their respective pipelines. Betting on the future of one product is always risky, but it has its upside as well. Trevena and Tonix stocks are up almost 250% and 55%, respectively, over the past 12 months. Let's look at how they can further enrich investors. 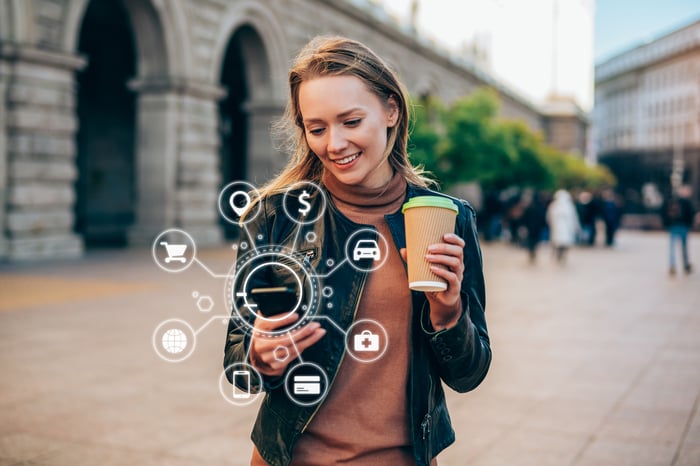 Right now, Trevena has no product revenue and a quarterly net loss of $11.9 million per quarter, but a market cap of $283 million. What gives?

As investors know, a company's valuation isn't only about how much cash flow it generates, but also about future earnings potential based on its assets -- and Trevena is eyeing up a $1.5 billion market opportunity. Last year, the company secured regulatory approval of its drug, Olinvyk, for the treatment of acute pain in hospital and controlled clinical setting. It launched the opioid for use in the first quarter of 2021 for $17.50 per milligram (mg).

The company plans to target 9 million surgical procedures with its medication out of 45 million operations each year in the U.S. Compared to traditional opioids, like intravenous (IV) morphine, Olinvyk offers slightly less analgesia but a much better safety profile. Patients are far less likely to suffer from nausea, vomiting, dizziness, and critical respiratory events after receiving Olinvyk instead of IV morphine.

Based on its list price and safety benefits, Trevena thinks it can help hospitals achieve 10 times in medical savings by switching from IV morphine to its new branded opioid. In a recent survey (conducted by Trevena), 75% of pharmacists and physicians found Olinvyk's study results meaningful. In other words, they saw clinical and safety benefits in the drug's respiratory and gastrointestinal profiles. While it scales up, the company has more than $100 million in cash and equivalents on its balance sheet and is well funded through the end of 2022. Trevena is a great under-the-radar stock by the merit of this new drug.

Tonix Pharmaceuticals is a $382 million market cap company with a $17 million quarterly net loss and no revenue. Its intangible asset, TNX-102 SL (sublingual cyclobenzaprine), which is being studied for the management of fibromyalgia, is what's backing up the current share price. Tonix is well positioned to capitalize off the $764.1 million market to treat the condition.

Fibromyalgia is a chronic condition that affects 2% to 4% of the U.S. population. It causes recurring pain, sleep disturbances, fatigue, and cognitive symptoms. There is currently no cure for the disease.

In phase 3 clinical trials, patients who took TNX-102 SL saw their pain symptoms decrease by 1.9 from baseline on the Daily Numeric Pain Rating Scale (NPRS). Patients who received a placebo had a 1.5-point baseline decrease in their pain symptoms. The difference of 0.4 was small, but highly statistically significant. However, an endpoint measuring patients' overall impression of change compared to the placebo cohort was not met, albeit by a slim margin.

Although the results might not seem very all that impressive at first glance, keep in mind that fibromyalgia has always been a challenging condition to treat. Patients with fibromyalgia frequently take two or three medications simultaneously to manage their pain, with 50% discontinuing one course of therapy in 12 months. The last medication approved to treat fibromyalgia, AbbVie's (ABBV 0.42%) Savella, still managed to hit $130 million in peak sales despite only marginally improving patients' condition.

That's not all: Tonix is also exploring TNX-102 SL for treating post-traumatic stress disorder, agitation in Alzheimer's disease, and alcohol use disorder. Aside from that, the company also has TNX-1300 in phase 2 for treating cocaine intoxication. Tonix also has a variety of preclinical programs in the works targeting COVID-19. I'd highly recommend healthcare investors with a healthy appetite for risk add this one to their watch lists.