Please ensure Javascript is enabled for purposes of website accessibility
Log In Help Join The Motley Fool
Free Article Join Over 1 Million Premium Members And Get More In-Depth Stock Guidance and Research
By Keith Speights - Apr 19, 2021 at 4:52AM 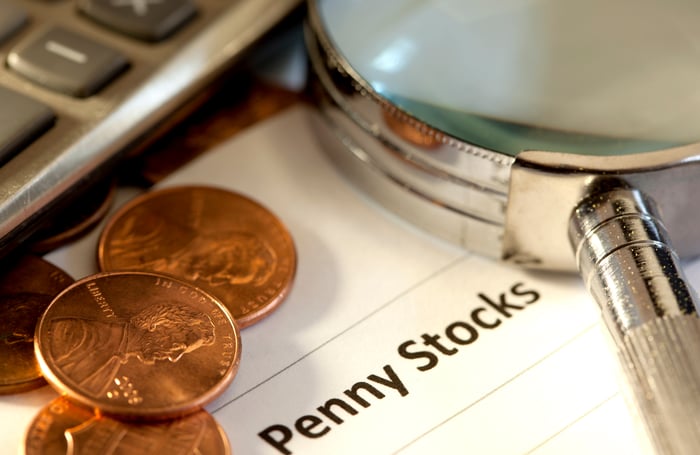 Sundial Growers (SNDL -6.98%) ranks as the most widely held penny stock among Robinhood investors. It's currently No. 4 on the Robinhood "100 Most Popular" list. Sundial shares currently trade at $0.85 per share.

The Canadian marijuana stock plunged 84% in 2020. Sundial posted declining sales and huge losses as it transitioned from a business model focusing on wholesale cannabis to one centered on building retail cannabis brands.

But then Sundial captured the attention of the WallStreetBets community of traders on Reddit earlier this year. These Reddit users began scooping up shares of the Canadian cannabis producer. Before too long, Sundial had become the hottest pot stock on the market -- and a favorite for Robinhood investors.

At its peak, Sundial's shares skyrocketed more than 500% year to date. The sizzle has largely fizzled now. However, Sundial remains one of the top-performing cannabis stocks of 2021 so far.

Zomedica (ZOM -12.73%) stands as the sixteenth most popular stock on Robinhood. And it's definitely a penny stock with shares trading well under $1.

The company focuses on veterinary health. Zomedica recently launched its Truforma point-of-care diagnostics system for use by veterinarians, chalking up its first sale last month.

Like Sundial, Zomedica caught the eyes of the WallStreetBets traders. Zomedica's shares went on an absolute tear earlier this year. By early February, the stock was a 10-bagger.

Those massive gains were only fleeting. Zomedica has since fallen quite a bit, but it's still up more than 280% year to date.

Tonix Pharmaceuticals (TNXP -1.77%) is way down the list of the 100 most popular stocks on Robinhood, coming in at No. 97. However, with shares trading slightly below $1, Tonix is still a penny stock that Robinhood investors are buying.

This small biotech's lead pipeline candidate is TNX-102 SL. The experimental drug is currently being evaluated in a late-stage study for treating fibromyalgia. Tonix hopes to be able to file for U.S. regulatory approval in 2022 if the pivotal clinical trial goes well.

However, the program that has excited investors the most recently is Tonix's COVID-19 vaccine candidate TNX-1800. The company announced positive results from a preclinical study of the vaccine in March. Tonix thinks that TNX-1800 holds the potential to offer long-term immunity from COVID-19.

Like Sundial and Zomedica, Tonix delivered big gains earlier this year with its share price nearly tripling by early February. Also like the other two stocks, though, Tonix has given up most of its gains. The stock is now up around 40% year to date.

It's fun to own penny stocks like Sundial, Zomedica, and Tonix when they're soaring. That fun evaporates pretty quickly when the stocks are sinking -- as they've done recently. Perhaps any or all of these popular Robinhood stocks could rebound, but each of them faces some challenges.

Sundial operates in a highly competitive Canadian cannabis market against much bigger and better-funded rivals. The company has been forced to resort to dilutive stock offerings to raise additional cash. Sundial filed a prospectus with the SEC in March to sell up to $800 million of its stock. It looks like Sundial plans to go on a major buying spree to expand into the global cannabis market. However, that could be a bet that doesn't pay off.

Zomedica's Truforma diagnostics system is promising. The bad news, though, is that the company announced last week that it's planning to phase out the use of distributors to market the platform and sell entirely on its own. That's a riskier strategy. And it's one that worried investors, with Zomedica stock plunging on the news.

Of these three penny stocks, Tonix seems most intriguing to me. It still has a low market cap of a little over $300 million. However, most investors are better off staying away from clinical-stage biotech stocks.

Penny stocks are usually cheap for a reason. My view is that there are plenty of other stocks (including some that Robinhood investors like) that offer much better risk-reward profiles than Sundial, Zomedica, or Tonix.