Please ensure Javascript is enabled for purposes of website accessibility
Log In Help Join The Motley Fool
Free Article Join Over 1 Million Premium Members And Get More In-Depth Stock Guidance and Research
By Keith Speights - Apr 19, 2021 at 11:01AM

The company struck a deal to bolster its COVID-19 pipeline.

Shares of Tonix Pharmaceuticals Holding (TNXP 2.19%) were jumping 8.1% higher as of 10:45 a.m. EDT on Monday after rising as much as 19.4% earlier in the day. The big gain came after the company announced an agreement with OyaGen to license experimental COVID-19 antiviral drug TNX-3500 (formerly known as OYA1).

Investors cheered Tonix's licensing agreement because it gives the company another pipeline candidate with promising potential. In preclinical testing, TNX-3500 was found to be roughly 65 times more effective at inhibiting SARS-CoV-2 (the coronavirus that causes COVID-19) than Gilead Sciences' remdesivir. 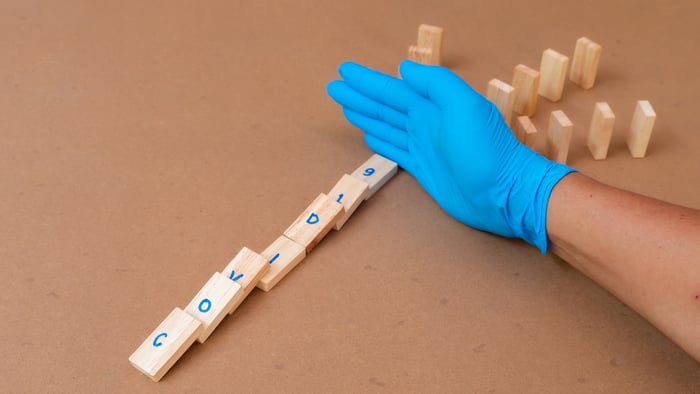 TNX-3500 has been researched for a long time. The experimental drug was studied by the National Cancer Institute back in the 1960s as a possible cancer treatment. Although it didn't prove to be effective at treating cancer, the studies from decades ago showed that the active ingredient in TNX-3500 was safe in nonhuman primates and humans with daily or weekly doses.

No financial terms were announced from Tonix's licensing deal with OyaGen. Tonix has an exclusive worldwide license for all of the technology and patents for TNX-3500 and other related compounds.

Tonix now plans to conduct additional studies evaluating TNX-3500 in treating COVID-19 in the hopes that it can proceed toward regulatory approval. In the meantime, there are a couple of other potential catalysts on the way for the biotech stock. Tonix expects to report interim results from a late-stage study of TNX-102 SL in treating fibromyalgia in the fourth quarter of this year. The company also hopes to advance experimental COVID-19 vaccine TNX-1800 into phase 1 clinical testing in the second half of 2021.