Please ensure Javascript is enabled for purposes of website accessibility
Log In Help Join The Motley Fool
Free Article Join Over 1 Million Premium Members And Get More In-Depth Stock Guidance and Research
By David Jagielski – Apr 27, 2021 at 5:28AM

Increasing dividend payments is just par for the course for these companies.

If you are an income investor, it is important to consider not just companies that pay dividends but ones that also increase them. Without dividend increases, inflation will chip away at the income you earn from those stocks. Over the course of a decade, even a 1% inflation rate will amount to 10% decline in real dividend income. And if the inflation rate is closer to 2%, the percentage soars to 22%.

Three solid dividend growth stocks that you can count on for recurring hikes are Johnson & Johnson (JNJ 0.86%), Costco (COST 2.09%), and Southern Company (SO 1.11%). They all recently bumped up their dividend payments again, and those are trends that aren't likely to stop anytime soon. 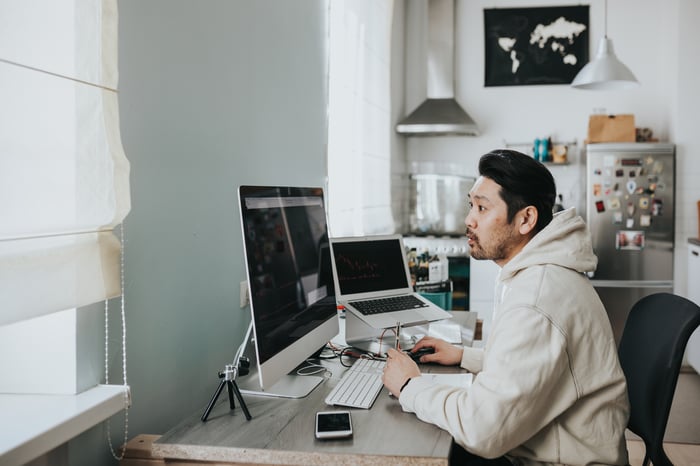 On April 20, healthcare giant Johnson & Johnson released both its first-quarter earnings of fiscal year 2021 and announced a 5% increase to its dividend. Its quarterly payments are now $1.06 per share, up from the $1.01 the company was previously paying its shareholders. It is the 59th year in a row in which the company has increased its payouts. The Dividend King is among the safest income investments you will find on the market.

With the increase, investors are now earning a yield of 2.6% per year, which is well above the S&P 500 average of around 1.5%. The company is also coming off a strong first quarter, during which sales of $22.3 billion grew 7.9% year over year while its diluted earnings per share of $2.32 rose 6.9%.

And now that the U.S. has lifted the pause on the company's coronavirus vaccine, Johnson & Johnson could see a big boost to its top and bottom lines for the remainder of the year. It previously forecasted that it could deliver as many as one billion doses by the end of 2021, potentially adding as much as $10 billion in revenue.

With a payout ratio around 50%, Johnson & Johnson's dividend looks rock-solid, especially with its profits likely to get a nice improvement this year.

Costco also announced that it would be increasing its dividend by 13% this month, from $0.70 to $0.79. Although the stock isn't a Dividend King or even a Dividend Aristocrat, it has raised its dividend payments for 17 years in a row and has a solid streak of increases going.

Its yield of 0.8% isn't terribly high right now, and nowhere near Johnson & Johnson's payout. However, part of the reason for the low yield is that shares of Costco have done so well, soaring nearly 150% in five years and even outperforming the S&P 500, which doubled over that time frame. Johnson & Johnson, meanwhile, returned just 46% gains for its shareholders. A rising share price brings down the yield since it costs more to purchase the stock, and so you are earning less of a yield overall. However, that's a trade-off Costco investors are likely more than happy to make.

On April 7, the company released its latest sales numbers. Comparable sales grew 16% for the five-week period ending April 4. It is an encouraging trend that the company is able to continue building off a period that a year ago got a boost from pandemic-related buying. Costco isn't slowing down, and that's great news for investors who want it for its dividend or attractive growth prospects.

The stock's payout ratio sits around 30%, leaving plenty of room for Costco to continue raising its dividend payments.

Southern also raised its quarterly dividend payments this month, announcing a modest two-cent increase to $0.66. The 3% increase now puts the company at 20 straight years of rate hikes. With a share price of just under $65, its 4% yield is the highest on this list.

The utility stock can provide investors not just stability, but also long-term growth opportunities. Earlier this month, Southern Power, a subsidiary of Southern, acquired Glass Sands Wind Facility, making it the 15th wind project in its portfolio. By 2027, analysts from Global Market Insights project the wind energy market will be worth $180 billion and will grow by a compounded annual growth rate of 4% until then.

In 2020, Southern's top line totaled $20.4 billion and declined 4.9% from the previous year. But with a per-share profit of $2.93, that is still strong enough to cover its annual dividend payments of $2.64 per share, putting the company at a payout ratio of 90%. And while that may be high, it is right in line with how the company has been making payments over the past decade.