Please ensure Javascript is enabled for purposes of website accessibility
Log In Help Join The Motley Fool
Free Article Join Over 1 Million Premium Members And Get More In-Depth Stock Guidance and Research
By Howard Smith - Apr 30, 2021 at 7:25AM

For the second consecutive quarter, there was a surprise contributor to the company's accelerating growth.

Garmin (GRMN 0.24%) was once known for its automotive GPS devices, but that segment of the market was taken over by smartphone apps and built-in navigation systems. So the company pivoted to become a successful and growing supplier of GPS-enabled devices aimed at outdoor enthusiasts, including boaters, runners, golfers, hunters, and pilots.

The company's fitness, outdoor, marine, and aviation segments have led the company's growth and made up almost 90% of 2020 net sales. Total company revenue is about 45% higher than five years ago when those four segments contributed only about 70% of the top line. The decline in the auto segment was more than made up by the other growth areas. But in the first quarter of 2021, the auto segment showed a surprising 18% sales increase year over year. It's worth digging into how this might change the outlook for Garmin going forward. 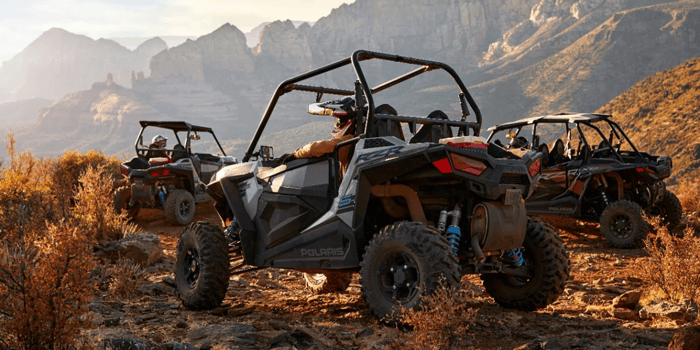 After more than five years of consistently declining sales, the auto segment turned around in the fourth quarter of 2020 with 11% growth. Management even guided for auto revenue to grow about 5% in full-year 2021.

Garmin has been working with automotive original equipment manufacturers (OEMs) over the past several years for various software, navigation, and infotainment programs. In the company's fourth-quarter earnings call, Garmin president and CEO Cliff Pemble told investors the segment "reached an inflection point as we ramp up new programs over the next few years." But the first quarter's 18% surge in auto segment sales was far higher than what the company estimated. Part of that outperformance came from new products in "consumer specialty categories," according to the earnings press release.

While Garmin is beginning to reap the rewards of its work with auto OEMs, including Honda, Toyota, and Daimler, the company is also focusing its attention on newer products in this segment toward recreational vehicles (RVs) and all-terrain vehicles (ATVs). Camping and RV vacations grew in popularity during the pandemic with RV manufacturers reporting record backlogs and soaring sales. Winnebago Industries recently announced record quarterly revenue it said was driven by "robust end consumer demand." Thor Industries said a record order backlog has driven the company to increase production levels across the company's facilities.

Garmin introduced its RV navigator products in 2020 and is now participating in the growing sector. In March 2021, the company entered the powersports market with a new off-road product group. All-terrain vehicle use has also become increasingly popular with outdoor enthusiasts. Polaris Industries recently confirmed this with 38% revenue growth in its first-quarter report.

Garmin's auto segment wasn't the only area with strong growth in the first quarter. In fact, sales in the fitness, outdoor, and marine segments continue to accelerate. The table below shows year-over-year quarterly growth for each segment since the start of 2020.

It should be noted that the ongoing drop in aviation product revenue is due to accelerated sales in 2019 as aircraft owners worked to upgrade to the ADS-B (Automatic Dependent Surveillance Broadcast) tracking technology the FAA required be completed by Jan. 1, 2020.

Garmin's initial 2021 revenue guidance called for about a 10% increase for the full year versus 2020. The company didn't change its outlook after the first quarter. That's a conservative approach this early in the year. But with the continued success of its other segments, along with surprising auto segment results coming from new products and its work with automakers, it wouldn't be surprising to see guidance boosted in upcoming months. Investors who contributed to the stock sell-off after first-quarter earnings may have wanted to see a raised outlook, but that is short-sighted when one looks at the details behind the strong quarterly results.