Please ensure Javascript is enabled for purposes of website accessibility
Log In Help Join The Motley Fool
Free Article Join Over 1 Million Premium Members And Get More In-Depth Stock Guidance and Research
By Billy Duberstein - May 2, 2021 at 9:45AM

The entire FAANG cohort was the star of earnings season, but one shone the brightest.

There was an embarrassment of riches for FAANG stock investors this earnings season. While it may be too simple to say investors should only own these stocks, it appears the advantages of the big techs' platforms were only enhanced and strengthened by the pandemic. Having welcomed a more highly-engaged audience, and now that the economy is recovering rapidly, revenue is going through the roof at these tech giants.

You couldn't really have gone wrong with any of the large-cap household names in the first quarter, but the company that impressed me the most was Facebook (META 2.03%). 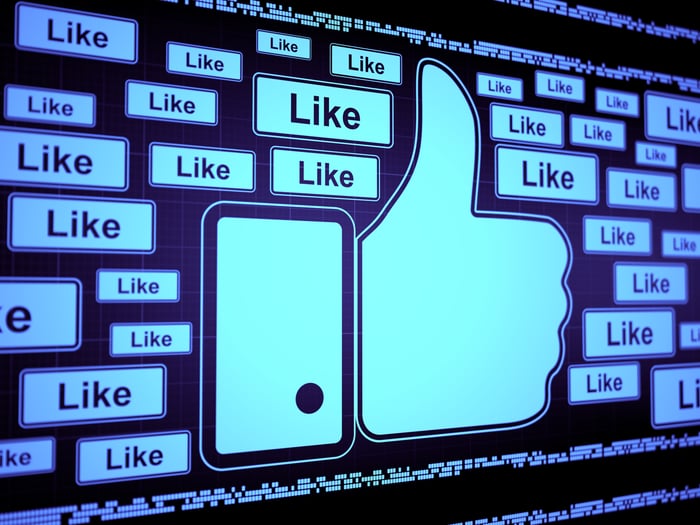 Revenue was through the roof, despite perceived headwinds

In the first quarter of 2021, Facebook grew revenue by a stunning 48%, with ad revenue up 46% and "other" revenue up 146%. Total costs and expenses only grew 29%, with most of that going to servers, data centers, and research and development -- all of which could be considered investment in growth. In fact, marketing and general and administrative expenses were only up a paltry 2%! The end result was operating-income growth of a whopping 93%.

Yes, Facebook was helped by foreign currency this time around, which boosted the growth rate by 4 percentage points. And yes, it was lapping the first quarter of 2020, which had one month affected by the pandemic. Still, the company was able to grow 44% in constant currency, on top of still-respectable 18% growth in the first quarter of last year.

That's really, really impressive. Facebook did increase daily active users (DAUs) by 8%, due to increased engagement from the pandemic, and delivered 12% more ads, but the real surprise was a 30% increase in the price per ad. This was fueled by bigger-than-expected demand as the economy strengthened, and as businesses were eager to reach customers in a targeted way.

Some investors think this may be as good as it gets, however, as the new iOS 14.5 update just hit iPhones. The new operating system will enable customers to turn off the ability for Facebook to track their behavior across other apps and websites. Some fear that may limit its targeting capabilities, which are why Facebook is such a big hit with small businesses specifically and advertisers in general.

Still, if iOS limits digital-ad targeting (including Facebook but also its competitors), Facebook should still retain a relative advantage over other platforms. After all, it knows a lot about you, even within the app. CFO David Wehner said:

That said, the impact [of iOS 14.5] on our own business, we think, will be manageable. We continue to expect it will be a headwind for the remainder of the year, but we're making encouraging progress, as Sheryl [Sandberg, chief operating officer] mentioned, on our own solutions to help advertisers navigate these changes. And that includes helping advertisers work with the Apple [application programming interface] as well as our own approach to using aggregated data for targeting and measurement that we call Aggregated Events Management. So the goal there is really to maintain it in the long run, even improve performance with less data.

While the iOS 14.5 rollout could be a headwind, I'd expect it to be mild, and for the smart people at Facebook to continue to innovate in selling relevant ads to the right people.

With the core business firing on all cylinders, CEO Mark Zuckerberg actually focused a lot of his opening remarks on new technologies. New initiatives, described in the "other revenue" category, only made up 2.8% of revenue in the quarter, but were up 146% to $732 million, and are starting to become a little bit more meaningful.

On AR/VR, Zuckerberg was very enthusiastic about the Oculus Quest 2, which was just updated to enable wireless streaming. This could be a big deal and a breakthrough for AR/VR. Previous headsets need to have all sorts of wires running from them, which Zuckerberg believes diminished the experience, saying on the conference call with analysts, "The technology to deliver a great experience wirelessly is very advanced, and most companies aren't going to be able to deliver this, but we believe that it is the minimum bar for a high-quality experience."

Another potential moneymaker, which really kicked into gear during the pandemic, is Facebook's participation in commerce beyond mere advertising. Last year, the company started Facebook Shops, allowing small businesses to set up shops in Facebook and Instagram. This initiative has already reached 1 million Shops, attracting 250 million visitors per month. And Facebook Marketplace is more like a modern Craigslist, attracting 1 billion visitors each month. In addition, WhatsApp business messaging and WhatsApp payments in India are also growing.

But management said the company could do much more, further "down the funnel," with investments in payments, customer service and support, and other products. Taking more charge of commerce could lead to further monetization opportunities. Sandberg said: 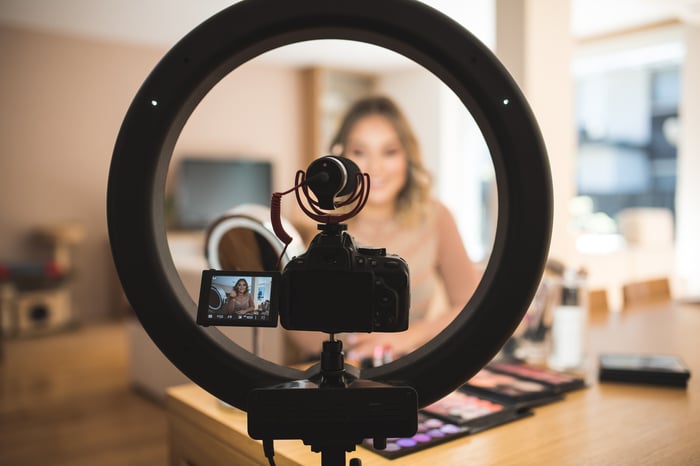 Finally, more monetization could be coming via new creator tools. Right now, many creators and influencers are paid through product recommendations, but Zuckerberg sees Facebook giving creators a wider range of audio and video tools, with other potential monetization options, including tipping or perhaps subscriptions.

That perhaps puts the company on track to compete with upstart site OnlyFans, a subscription/tipping site that is known for R-rated (and X-rated) content creators, but which is also drawing more mainstream creators looking to give fans a more intimate look into their lives. According to a recent profile by Bloomberg, OnlyFans brought in $2 billion in gross revenue in 2020, of which it takes a 20% commission at very high margins.

Higher growth yet a cheaper valuation than peers

Remarkably, while Facebook reported the highest revenue growth of any FAANG stock this earnings season, it's also the cheapest on a P/E basis, at around 28 times trailing earnings. That skepticism may have been warranted, given its greater concentration and reliance on advertising than the others.

However, that ad reliance was tested during the pandemic, and Facebook did just fine -- in fact, more than fine. If the company can bring more compelling technology to market such as AR/VR, and continue to monetize its 2.85 billion monthly users in new and different ways, its stock could still be very cheap, even after the recent post-earnings bump.