Please ensure Javascript is enabled for purposes of website accessibility
Log In Help Join The Motley Fool
Free Article Join Over 1 Million Premium Members And Get More In-Depth Stock Guidance and Research
By Jason Hawthorne - May 4, 2021 at 4:50PM

The company went from hero to zero in the fight against COVID-19.

Shares of Emergent BioSolutions (EBS 2.54%) fell 30% in April, according to data from S&P Global Market Intelligence, after quality-control errors at one of the company's facilities ruined millions of doses of Johnson & Johnson's COVID-19 vaccine.

The purge was required after ingredients of another vaccine had contaminated the production area of J&J's shot. 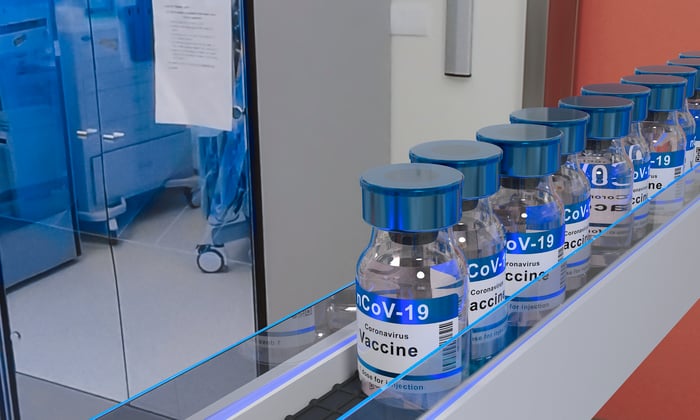 CEO Robert Kramer chalked the errors up to the complexity of manufacturing two biologic products in the same facility -- which he says the government directed -- and trying to produce tens of millions more doses than the facility was built for. Counter to that narrative, an investigator from the Food and Drug Administration (FDA) had flagged several problems last year, including with procedures intended to prevent contamination or mix-ups.

Management says the core business continues operating as planned. Before the issues, the company had been a key supplier in the pandemic, helping manufacture vaccines for both Johnson & Johnson and AstraZeneca. Now the government has directed Johnson & Johnson to take over the plant in question and pulled production of the AstraZeneca vaccine from the facility.

The episode could hinder Emergent's competitiveness in the future, but Kramer said the company hadn't lost any customers so far. Revenue climbed 78% year over year in the first quarter, and management is projecting 15% growth for 2021. That's after cutting guidance by 10% because of the hold on COVID vaccine production.

Both management and shareholders are hoping the company gets the green light to resume production soon. To do so, it will have to address the agency's findings. That includes the nine related to cross-contamination issues. For now, the stock trades at its cheapest multiple of sales since 2014.