Please ensure Javascript is enabled for purposes of website accessibility
Log In Help Join The Motley Fool
Free Article Join Over 1 Million Premium Members And Get More In-Depth Stock Guidance and Research
By Keith Noonan - May 5, 2021 at 8:48AM

These companies have big payouts and could have underappreciated growth avenues.

A company paying high dividend yields can be great, but they're also sometimes a sign that the stock wouldn't otherwise be able to attract investors and that the underlying business is on the decline. So income investors have to be selective when they're seeking high-yield income plays.

It's still possible to score long-term dividend winners, but you have to be careful.

With the S&P 500 and other major indexes still trading near record highs and some economic uncertainty on the horizon, now could be a good time to fortify your portfolio with some high-quality dividend stocks. Read on for a look at two stocks with yields significantly above 5% that look like strong buys right now. 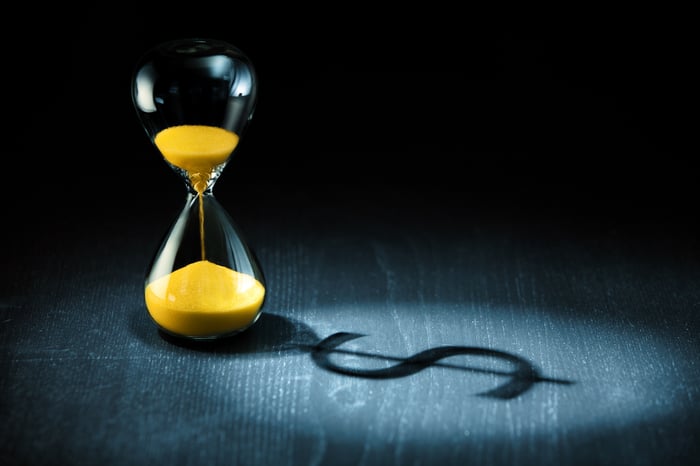 AT&T (T -1.91%) trades at roughly 10 times this year's expected earnings and pays a dividend that yields 6.6%. The big yield is partly the result of weak stock performance, with its share price having fallen roughly 19% over the last five years while the Nasdaq Composite index rose 192% across the same stretch, and there's admittedly some uncertainty surrounding the company's outlook.

The DIRECTV satellite television business that the company acquired for $67 billion in 2015 is being spun off into a separate subsidiary, and will likely continue to lose subscribers as cord-cutting reshapes the pay-TV landscape. The telecom's $104 billion acquisition of Time Warner in 2018 looks much more promising, but was still costly.

The company ended last quarter with roughly $169 billion in debt on its books after making a big investment in spectrum band for its 5G network. The debt level and competitive state of the telecommunications industry means that investors have to consider some risk factors, but AT&T generates enough free cash flow to keep the dividend sustainable, and the business could outperform expectations.

The company operates the country's second-largest mobile wireless network, and it stands a good chance of benefiting from the rollout of next-generation communications services. The 5G revolution is still in its very early stages, and high-performance networks will enable new applications that boost demand for AT&T's consumer and enterprise wireless services.

AT&T's potential to be a leading player in streaming also seems to be underappreciated. The company's HBO Max got off to a slow start, but the Warner entertainment business has been in operation for nearly a century, and it has a fantastic content library to leverage and great franchises and production teams to create new hits.

AT&T has 34 years of consecutive annual dividend payout growth, and it has until the end of this year to deliver another payout increase in order to retain its Dividend Aristocrat status. Management has stated that it's at the very least committed to sustaining the current dividend, and it wouldn't be surprising to see another small payout hike. AT&T looks cheaply valued, and it's generating plenty of free cash flow to keep checks flowing back to shareholders while still paying down its debt.

Lumen Technologies (LUMN 2.71%), which was known as CenturyLink prior to a name change last year, is another telecommunications stock that has struggled in recent years and pays a big dividend yield. The company is valued at approximately eight times this year's expected earnings, and its payout yields 7.8%.

Declines for the company's legacy internet and landline services have prompted it to invest in high-performance fiber-optic networks. Lumen is also expanding in categories including application platform, edge-computing, and content-delivery network services.

It has made big infrastructure investments in order to aid its turnaround initiative, and that's added to the company's sizable debt load. But the business is generating strong cash flow, and there's a chance that margins could significantly improve as the company continues its pivot to fiber and enterprise services.

The telecom reduced its debt by $1.6 billion last year and refinanced $13 billion in long-term debt in ways that further reduce interest expense, extending maturities and strengthening the balance sheet. The cheap lending environment created by Fed policy in response to the pandemic made it easier for Lumen to refinance much of its debt on more favorable terms, and the company has also been making significant progress with cost savings.

Lumen is incurring some significant expenses as part of its transformation effort, but most of these should be one-time charges. And the company had roughly $3.13 billion in free cash flow last year, enough to cover its forward dividend payout more than twice over. There are signs that the company's growth bets and restructuring initiatives are beginning to bear fruit, and the stock looks like a worthwhile play for investors seeking a big yield in the telecom space.