Please ensure Javascript is enabled for purposes of website accessibility
Log In Help Join The Motley Fool
Free Article Join Over 1 Million Premium Members And Get More In-Depth Stock Guidance and Research
By Jason Hawthorne - May 5, 2021 at 6:21AM

Buying them might even give you an advantage over the tycoon.

There are a few things we know about Warren Buffett. First, he loves buying companies that pay him dividends. Second, he has favored what most would consider boring businesses. Berkshire Hathaway's (BRK.A 1.66%) (BRK.B 1.71%) portfolio is full of things like banks, railroads, and consumer items that people buy through all economic cycles

Buffett has also said that he could generate much higher returns if he was putting less cash to work. There are probably many companies he would like to buy stock in that are too small to move the needle on his overall returns. It's why he has called the huge pile of cash on his company's balance sheet his "elephant gun." The implication is that he has to target large game -- in other words, large-cap companies. With that in mind, let's look at Jack Henry & Associates (JKHY 0.96%), Rollins (ROL 0.87%), and Old Dominion Freight Lines (ODFL -0.34%), three mid-cap companies that may be too small for his wish list but just right for yours. 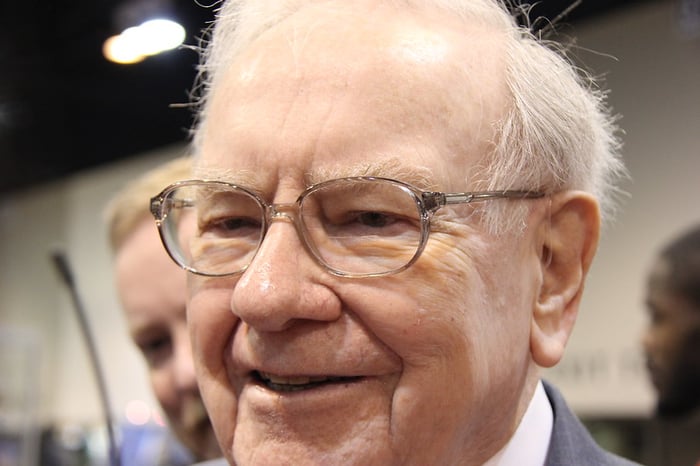 Jack Henry provides loan and payment processing technology to credit unions and small and mid-sized banks. It also offers a suite of online and mobile products, as well as some for security and risk management. Buffet loves banks, so he should love a company bringing them into the 21st century through digitization. He would likely also love management's conservatism. The company carries no debt and chooses to build out its products organically rather than by making large acquisitions. Jack Henry's business has also been remarkably consistent.

Over the past decade, revenue has steadily grown between 7% and 11% annually. Earnings per share have risen between 11% and 15% each year. That consistency has allowed the company to raise its annual dividend from $0.40 per share in 2011 to $1.84 now. That's 16.5% per year. Conservative management in the financial industry, consistent growth, and a rising dividend make one wonder why the company isn't already in Buffett's portfolio. However, with a market capitalization of only $12.4 billion, it would be one of his smallest holdings.

As Wall Street predicts higher interest rates to set in through 2021, the prospects for banks' profits continue to improve. For Jack Henry, that should mean plenty of customers spending to replace legacy technology and build out new capabilities. For shareholders, that could mean another decade of predictable returns and increasing dividend payouts.

The pest control business is another boring and predictable service that Buffett should love. Although Rollins traces its roots back to Otto "The Rat Man" Orkin selling poison door to door in 1901, the company has taken its current form by spending the past decade and a half acquiring smaller competitors. It's been a good move. It turns out people will pay to get rid of unwanted critters and insects even in the worst economic conditions. The company has posted 21 consecutive years of earnings growth. That includes increases of 5% during the 2009 recession and 7% through last year's pandemic.

That consistency has produced stable EPS growth of around 11% per year for the past decade and allowed management to raise the dividend from $0.08 per share in 2011 to $0.24 per share last year. That's a 13% average annual increase. The company also announced a special dividend of $0.13 per share at the end of 2020. The future continues to look brighter if you are a shareholder.

The global pest control market is expected to rise to $30 billion over the next six years from about $20 billion currently. One of the lesser-known impacts of global warming is the predicted explosion in the population of rodents and expansion of habitable areas for cockroaches. It's gross to think about, but it's another tailwind for the business. With only $2.2 billion in revenue and an $18.5 billion market cap, Rollins is small enough to maintain its steady growth for decades as the market expands. That should translate to a steady stream of profits and rising dividends, something Buffett would love.

Old Dominion is another mid-sized company that consistently puts up impressive numbers despite being in a rather unexciting business. The trucking company focuses on the less-than-truckload (LTL) market and has been growing its nationwide network, as well as operations in Canada, Mexico, and Puerto Rico. Its expansion has increased the average miles per haul -- 925 in 2020 -- and its average revenue per shipment -- $365 last year. Although the business might not seem sexy, the financial performance certainly is.

Old Dominion's revenue has compounded 11.5% per year since 2002 to $4 billion in 2020. Earnings per share have exploded over the past decade, growing 18% annually to $5.68 last year. It's managed to put up those results while maintaining superior service. Damage from shipments has continuously improved over the past 15 years and on-time deliveries have been steady at 99% since 2013. It achieves this through a highly trained non-union workforce and a focus on operational improvements. In fact, the company has won the Mastio Quality Award for national carriers for 11 consecutive years.

If the Oracle of Omaha was looking for a high-performing business with a great reputation in an unloved industry, he'd have a hard time finding a better candidate than Old Dominion. The company even began paying a dividend in 2017 and has raised it an average of 31% annually since then. That quarterly payout now sits at $0.20 per share. There is plenty of room for those increases to continue as the distribution represents a mere 10% of earnings. All of that adds up to another business flying under the radar with many of the attributes that Buffett likes most.

Worried About a 2021 Stock Market Crash? These 3 Stocks Have Staying Power