Please ensure Javascript is enabled for purposes of website accessibility
Log In Help Join The Motley Fool
Free Article Join Over 1 Million Premium Members And Get More In-Depth Stock Guidance and Research
By Trevor Jennewine – Updated May 6, 2021 at 4:33PM

This big tech company delivered strong results, but that's only part of the story.

Apple (AAPL -2.35%) has been in the news a lot lately. The company announced second-quarter earnings last week, crushing Wall Street's expectations across the board. And this came on the heels of its spring launch event, where Apple unveiled a range of new and updated products. Add in the iOS update with new privacy controls that have some companies complaining. Then there's the global semiconductor shortage, which threatens several industries, including consumer electronics.

Given the whirlwind of headlines surfacing daily, it's easy to lose track of what actually matters. To simplify the situation, here are three things investors need to know about Apple right now.

1. Apple's products are in high demand

Product revenue surged 62% year over year in the second quarter, driven by strong demand across the iPhone, iPad, and Mac product lines. In fact, Mac computers set an all-time revenue record. During the earnings call CEO Tim Cook said: "The last three quarters for Mac have been its best three quarters ever." 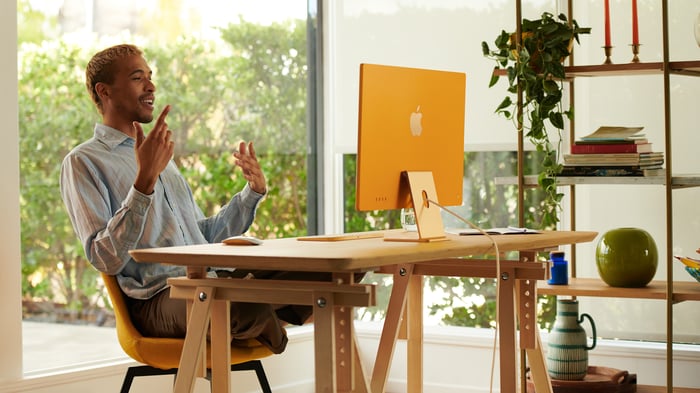 Moreover, according to JPMorgan analyst Samik Chatterjee, the M1 chip could also reduce the cost of production by $75 per unit. In other words, Apple's silicon delivers a better experience for consumers, while reducing expenses for the company.

Going forward, that dynamic could make Apple more profitable. Some evidence of that can be found in the fact that product gross margin jumped 100 basis points in the second quarter, reaching 36.1%. But that figure may get even bigger in the coming years. That's because Apple recently debuted a new lineup of M1-powered iMacs and a 5G-enabled iPad Pro (also with an M1 chip) at its spring launch event in late April.

Investors should pay attention to the gross margin on Apple's hardware in the coming quarters to see if these new devices drive cost efficiencies.

Apple's services business also delivered all-time record results in Q2, as year-over-year sales growth accelerated to 27%. While that figure isn't as dramatic as the 62% uptick in product sales, it still bodes well for the future.

Services revenue comes at a much higher gross margin -- roughly 70% in the last quarter. In other words, as Apple services gain traction -- think the App Store, Apple TV+, Apple News+, Apple Arcade, and Apple Music -- the company will become more profitable as a whole. 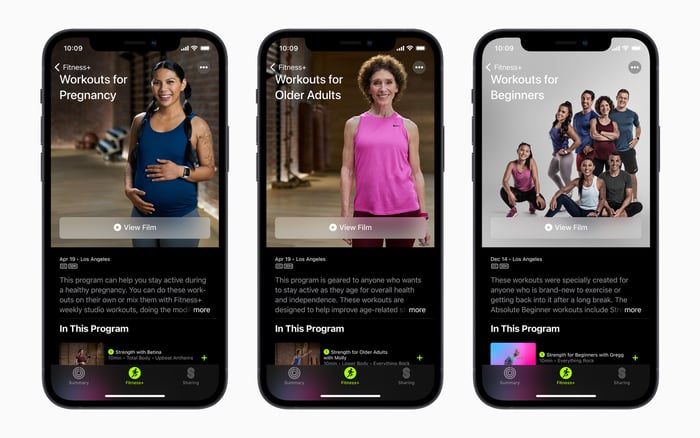 To drive growth, Apple is continuing to expand its offering. For instance, it just added more than 30 new games to Apple Arcade, bringing the total to over 180. It also updated Apple Fitness+, bringing new workouts and trainers to the platform.

Going forward, Apple plans to continue investing in its services business. It gives the company another way to monetize its global installed base of over 1.65 billion devices, and the revenue is much less cyclical than product sales. Investors should pay attention to the company's success here.

3. The semiconductor shortage may be an opportunity

Over the last year, the COVID-19 pandemic sparked demand for PCs and smartphones as consumers transitioned to remote work. That, combined with residual effects of the U.S-China trade war, has triggered a global semiconductor shortage. Today demand far exceeds supply, and experts think the situation may take two years to resolve.

Samsung recently warned investors that mobile sales and profits are likely to fall in the next quarter, citing semiconductor supply as one of the drivers behind that trend. Apple also referenced the situation, noting that supply constraints would have a $3 billion-to-$4 billion impact on revenue next quarter. However, Apple CFO Luca Maestri said this headwind would primarily affect the iPad and Mac.

In other words, Apple iPhones may fare better than Samsung smartphones in the near term. How is that possible?

Apple is famous for its supply chain management. The company's Supplier Code of Conduct details the high standards suppliers must meet, addressing everything from ethics to environmental impact. As a result, research firm Gartner has ranked Apple's supply chain as the best in the world for the last seven years.

If Apple is able to use that advantage to deliver strong iPhone sales next quarter, it could help the California company take market share from Samsung -- as it did in 2020.

Investors should pay attention to this situation as it unfolds. Management will almost certainly provide commentary on the supply shortage at the end of the next quarter.