Please ensure Javascript is enabled for purposes of website accessibility
Log In Help Join The Motley Fool
Free Article Join Over 1 Million Premium Members And Get More In-Depth Stock Guidance and Research
By Timothy Green - Updated May 6, 2021 at 9:07AM

Back in April, the U.S. Consumer Product Safety Commission issued an urgent warning related to Peloton's (PTON 11.99%) Tread+ treadmill. The CPSC was aware of 39 incidents of injuries caused by the treadmill, including one tragic incident that led to the death of a child. The CPSC told consumers to stop using the product if there were small children or pets at home.

Peloton's pricey connected fitness products have won over plenty of customers during the pandemic. Peloton has a Net Promoter Score of 94, which indicates that many of the company's customers actively advocate for the products.

One sure-fire way to hurt a brand is to put profits ahead of safety or to appear to do so. Peloton initially refuted the CPSC's claims, calling the urgent warning "inaccurate and misleading." It said there is "no reason to stop using the Tread+, as long as all warnings and safety instructions are followed." It accused the CPSC of unfairly characterizing the company's efforts to collaborate.

"Peloton knows that the Tread+ is safe for the home when used in accordance with warnings and safety instructions," read the company's statement. 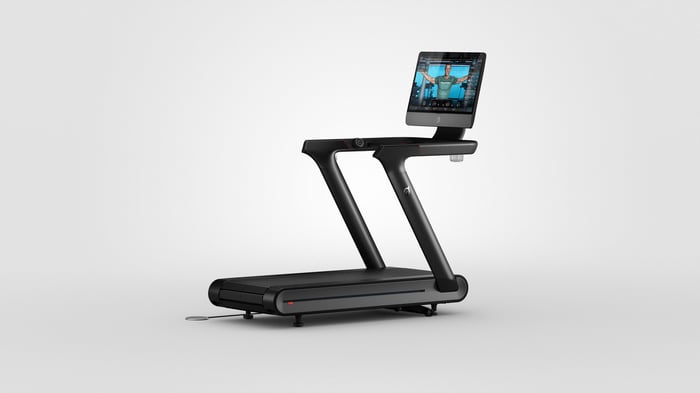 Customers were advised to stop using the products immediately and contact Peloton for a full refund. Peloton has stopped the sale and distribution of the Tread+ for the time being.

Peloton CEO John Foley admitted that the company made mistakes in a joint statement with the CPSC:

The immediate financial impact for Peloton could be significant. It's unclear how may Tread and Tread+ owners will opt for a refund, but the worst-case scenario will cost Peloton hundreds of millions of dollars. The Tread+ sold for around $4,300 before it was pulled.

Customers who return the Tread and Tread+ will likely no longer be subscribers to Peloton's membership program. The company also loses a major product until it can implement a fix. It more than doubled its revenue in its latest quarter, and most of its revenue came from sales of its connected fitness devices.

There's a lot of competition in the connected fitness space. Peloton is far from the only game in town when it comes to high-end exercise bikes and treadmills. There are also competing fitness subscription services, like Apple Fitness+.

All of this comes at a time when life is starting to return to normal as an increasing number of people are vaccinated against COVID-19. Peloton customers who feel burned by this recall may just opt to restart that gym membership.

The long-term consequences of this recall and Peloton's initial response to the CPSC are impossible to predict. Maybe people will forget about it in a year. Remember Chipotle's food-safety catastrophe a few years ago? The company has since recovered, and then some.

Peloton was always going to face growth challenges once the pandemic ended and people started to feel comfortable going back to gyms. These recalls and the missteps surrounding them will only make things harder for the connected fitness company.