Please ensure Javascript is enabled for purposes of website accessibility
Log In Help Join The Motley Fool
Free Article Join Over 1 Million Premium Members And Get More In-Depth Stock Guidance and Research
By Adria Cimino - Updated May 7, 2021 at 8:56AM

Go for the winners -- and those ready for recovery.

Should I buy shares in companies that performed well through the pandemic -- or companies heading for a rebound? That may be a question you're asking yourself right now. Especially if you have a big chunk of cash to invest.

The answer to this is simple: both. Right now, it's a good idea to buy stock in a company that excelled during the pandemic -- and now is taking things to the next level. And it's also a good idea to scoop up shares of companies poised for a lasting rebound. That will set your portfolio up for growth in the years to come. Here, I'll talk about one pandemic winner and two companies where revenue is set to soar. 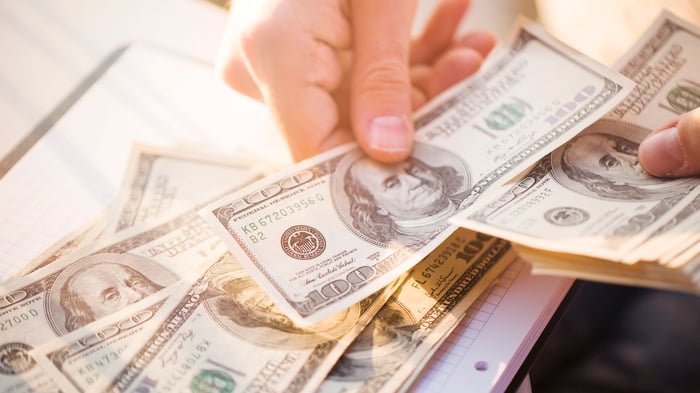 But Amazon's gains aren't over. In the first quarter of this year, Amazon reported a 44% increase in sales. And profit more than tripled. Perhaps most importantly, sales from the company's key profit driver climbed more than 30% for the first time in a year. That's Amazon Web Services (AWS), the company's cloud computing business. Amazon said more and more businesses are opting for help with technology infrastructure -- and that's driving AWS growth.

At the same time, consumers are likely to keep coming back to Amazon. The retail giant continues to improve its already quick and easy delivery options. For instance, Amazon recently expanded its secure, in-garage grocery delivery to more U.S. cities.

Amazon stock trades close to its highest level ever -- but Wall Street predicts it can climb at least 20% in the coming 12 months.

Last year wasn't easy for Intuitive though. The pandemic brought plans for many nonessential surgeries to a halt around the world. That's because hospitals devoted all resources to COVID-19 patients. The good news is that was a temporary situation -- and things are starting to pick up.

In the first quarter ended March 31, Intuitive shipped 298 Da Vinci systems. That's a 26% increase year over year. Procedures climbed 16%. Revenue and profit also gained. The rebound has begun, but more is to come as the pandemic eases and hospitals reschedule more of last year's postponed surgeries. Another positive point is Intuitive doesn't rely only on the installation of systems for revenue. The company actually makes a bigger share of revenue from sales of instruments, accessories, and services.

In the years to come, Intuitive also will benefit from innovation. The company says it's still in the "early stages" of its development of robotic surgeries worldwide.

Nike (NKE 2.75%) managed the coronavirus pandemic pretty well thanks to a plan it put in place back in 2017. The company then aimed to ramp up its direct-to-consumer sales and used digital to do that. So, during the worst days of the pandemic, Nike fans didn't forget about the company. They were using the Nike Training Club app to exercise, for example, and buying Nike shoes and apparel online.

In the quarter ended Feb. 28, Nike's digital sales jumped 59%. Digital sales gained in the double digits in the previous four quarters, too.

Still, Nike's had its share of difficulties due to the pandemic. The company had to temporarily close stores worldwide as infection rates climbed in various locations. The Europe, Middle East, and Africa region posted sales declines in Nike physical stores as the pandemic shut 45% of them for part of the quarter.

Brighter days are ahead. The pandemic is easing in Europe, and countries are progressively reopening stores. Athletic events have resumed in many countries -- and in the future, we can expect them to welcome more fans in the stands. This is key for Nike. Sporting events and endorsement deals with sports stars give the company an opportunity to promote its brand and connect with fans.

Nike's digital strength and the return to normal for its stores and the world of athletics mean a chance for major revenue growth at Nike -- and spectacular stock performance down the road.