Please ensure Javascript is enabled for purposes of website accessibility
Log In Help Join The Motley Fool
Free Article Join Over 1 Million Premium Members And Get More In-Depth Stock Guidance and Research
By Lou Whiteman – May 11, 2021 at 2:25PM

Investors are torn between a grim quarter and hopes a massive contract might not be lost.

Workhorse Group (WKHS 1.13%) took its investors on a wild ride on Tuesday, with the stock trading down more than 12% early and then spiking to trade up more than 10% around midday. There's a lot going on with this electric truck manufacturer, and investors are having a hard time right now digesting what it all means.

The Workhorse sell-off began on Monday after the company announced first-quarter results that were well below expectations. Workhorse delivered just six of its C-Series delivery vans in the first three months of 2021, generating total revenue of $521,060. 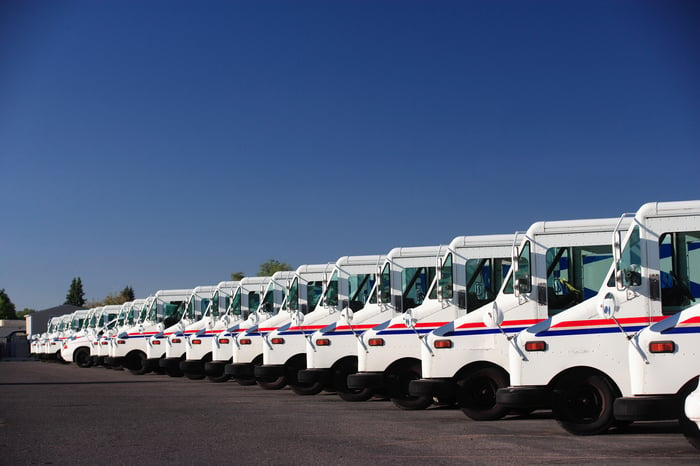 Coming into this year, investor expectations were running high that Workhorse would win at least part of a massive $6 billion U.S. Postal Service contract to modernize its fleet of delivery vehicles. But in late February that deal went to rival Oshkosh instead, causing the markets to have to reset expectations for the company's growth.

The poor results, a couple of analyst price target cuts that followed, and an overall dour market sentiment on Tuesday appear to have led to the initial sell-off. But the stock's midday rebound appears attributable to talk that a group of Democrats in the House of Representatives would push President Joe Biden and House Speaker Nancy Pelosi to support an all-electric U.S. Postal Service fleet. If successful, that push could turn the tables on the Postal Service contract in favor of Workhorse's all-electric bid.

After all of the early-day drama, Workhorse settled in the afternoon, trading up slightly. B. Riley analyst Christopher Souther, despite lowering his price target for the shares to $16 from $20, kept a buy rating in place. Souther said in a note that he still believes Workhorse has an opportunity to grow production and gain market share for its C-Series as the year goes on.

I'd caution against investors getting too excited about the Postal Service contract. It always seemed like a stretch for such an early-stage company that hopes to manufacture 1,000 vehicles in all of 2021 to win an order for as many as 165,000 trucks. While government contracts are routinely reviewed and sometimes overturned, there has been little to suggest the Post Office did anything to merit scrutiny in this award, and Oshkosh is developing an all-electric option for at least part of the order.

Workhorse today is a company with potential, but even after the sell-off it's valued at more than $1 billion despite having less than $1 million in quarterly revenue. Given the valuation, I'd urge caution before buying in and hoping the Postal Service deal works out.