Please ensure Javascript is enabled for purposes of website accessibility
Log In Help Join The Motley Fool
Free Article Join Over 1 Million Premium Members And Get More In-Depth Stock Guidance and Research
By Jennifer Saibil - May 15, 2021 at 8:20AM

The two retailers both benefited from pandemic tailwinds. Which one is better positioned to keep up the momentum?

Amazon (AMZN 2.07%) and Costco (COST 0.94%) both have loyal followings of paying members who relied on them for essentials during the pandemic, and both retailers had record sales over the past few quarters. But stacked up against each other, which one has the edge?

2020 was an outlier year for both Amazon and Costco. Costco's quarterly sales were consistently low double-digit, where they're generally high single-digit; Amazon's sales growth accelerated as well, and the company started 2021 with a 44% increase in the first quarter. 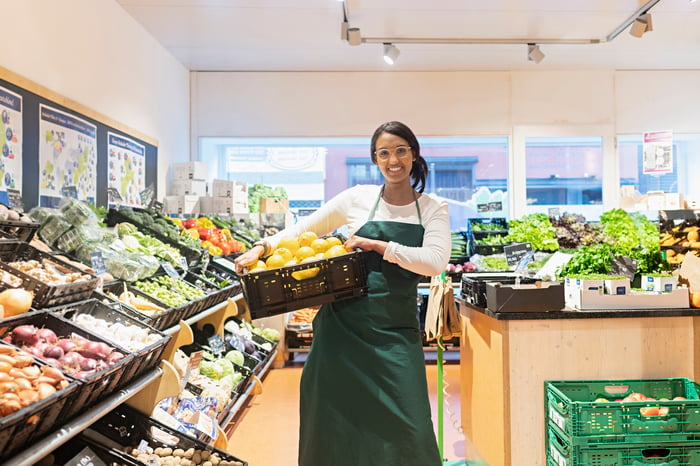 Outgoing CEO Jeff Bezos revealed the number of Prime subscriptions in the first-quarter shareholders letter. It now tops 200 million, with a quarter of those added since the pandemic started. Prime members pay $119 annually, which includes perks such as free next-day shipping on many items and video and audio streaming. Amazon has been able to branch out into new businesses, beyond books and retail, to capture greater market share and become more profitable. Its cloud and storage business, Amazon Web Services (AWS), has been a boon for the company, accounting for 13% of sales in Q1 but 47% of operating income.

Costco has just over 100 million members who pay $60 for annual memberships that let them shop at Costco's warehouses; executive members, who pay $120 and get some perks such as extra member cards, number at just under a quarter of that. The company has many departments beyond bulk packages of food, including travel, jewelry, and appliances. Some of the company's ancillary businesses were closed during the pandemic, such as travel, and these should pick up some of the slack as we ease out of the pandemic and comps go back to normal.

Infringing on each other's territory

Amazon has been trying to get into physical retail for a while, and has been opening more cashierless stores featuring its Just Walk Out technology. It now has 22 Go stores and 12 Fresh stores, which it only piloted in 2020. It has several other physical locations as well, including 4-star general retail and Amazon Books.

Costco has been equally successful in e-commerce, with e-commerce sales growing 84% over the past 12 months.

Amazon has a lot planned for the future. It's focused on improving its last-mile delivery services for faster and cheaper delivery, which could give in an edge in this important area. With physical expansion, new clients for AWS, streaming, and devices such as the Firestick plugin and echo wireless earbuds, there's a lot going on.

Costco's future depends on new members and stores expansion. There aren't any real changes planned for its operating model, save for investments in a competitive digital strategy. It currently runs 804 global warehouses, including 558 in the U.S., and it's planning on opening 20 total in fiscal 2021.

Amazon stock has gained 388% over the past five years, while Costco stock has gained 162%. They're both about flat year-to-date. Costco pays a dividend that yields 0.85% at the current price, but it also pays special dividends on occasion, most recently $10 per share in November.

Shares of Amazon stock trade at 60 times trailing 12-month (TTM) earnings vs. Costco's 38, but as high as that is, it's actually Amazon's lowest TTM price-to-earnings ratio in the fast five years. Amazon stock isn't cheap, but it's about as cheap as you'll ever find it.

Costco and Amazon are both industry leaders with growth plans, but Amazon clearly wins out in a test. It has so many businesses and growth opportunities, it's share price is relatively cheap, and has proven that it can execute well.