Please ensure Javascript is enabled for purposes of website accessibility
Log In Help Join The Motley Fool
Free Article Join Over 1 Million Premium Members And Get More In-Depth Stock Guidance and Research
By Jennifer Saibil - May 15, 2021 at 9:13AM

The two retail chains have had an amazing run. But one has an edge over the other.

The chances are good that the kinds of consumers that have Costco Wholesale (COST 1.48%) memberships also likely maker visits to a Target (TGT 0.24%) store on occasion. Both are discount retailers that cater to shoppers looking for a deal. They are both general merchandise retailers, although Costco's focus is more on bulk items and specialty food products, while Target is more of a curated discount department store that customizes somewhat based on location.

Both companies have done well over the past few years and each posted spectacular earnings results during the pandemic. Clearly, they have a lot of similarities and a few differences.

But for investors, which one is the better buy? 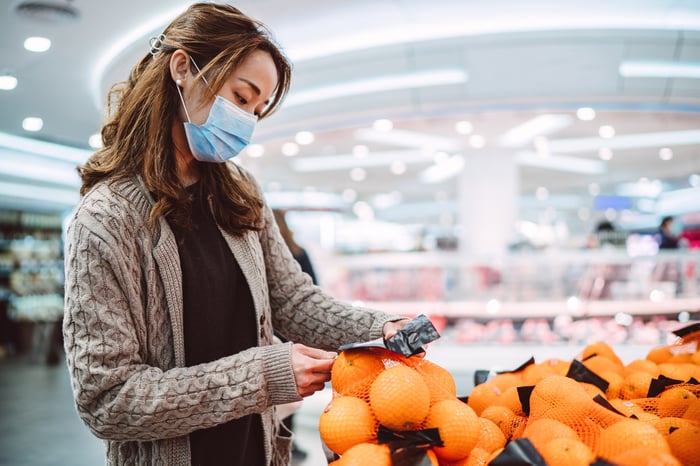 Coming out of the pandemic

The year 2020 was an amazing one for both Costco and Target with each posting much-improved results. For instance, comparable-store sales figures -- a popular metric for measuring retail performance -- were mostly outsized in 2020.

The sharp increase in comps is very clear. Both companies have about doubled their typical comps increases during the pandemic, a trend that is continuing in 2021.

Target's edge during the pandemic was its superior omnichannel program, specifically its same-day services for products ordered online. These include drive-up, pickup, and Shipt same-day delivery. These same-day services were already growing at triple-digit percentage rates before the pandemic, and the high-growth streak continued every quarter, with a 212% year-over-year increase in the fourth quarter ended Jan. 30, driven by a 500% increase in drive-up. Digital sales increased 118% and represented two-thirds of total company comps growth.

Costco's edge has always been its unique model of fee-based annual memberships that provide access to discounted prices on bulk items. The company enjoys a renewal rate of around 90% consistently, with millions of new members added annually. The income just from subscription fees contributes almost $900 million per quarter to revenue, and those fees increased 8% year over year in the second quarter (ended Feb. 14). Costco has also successfully expanded its e-commerce offerings, and e-commerce sales increased 76% year over year in Q2.

It won't be easy for either of these companies to top their 2020 performance. But they both have a clear path forward.

For Target, there are several ways it's advancing its momentum into the post-pandemic world. The obvious way the further promotion and improvement of its same-day options. For instance, it's adding more products to the Shipt catalog. Significantly, it's increasing its e-commerce delivery efficiency by completing more and more orders through stores instead of through warehouses. In the fourth quarter, that order completion through stores reached upwards of 95%. 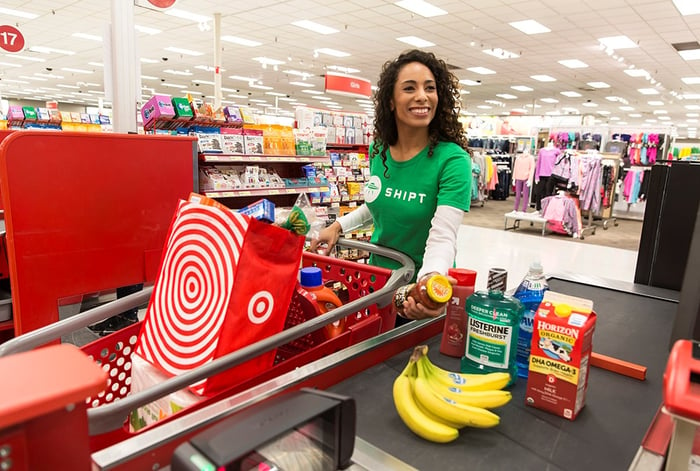 Target is also expanding its line of in-house brands, which are more efficient to produce and bring customers to the stores since they're exclusive. Finally, it's opening more small-format stores, where it offers a selected collection of its most popular merchandise, which allows it to operate in dense areas where larger stores wouldn't be practical. Target still has many opportunities for growth, not to mention room for international expansion.

Costco's growth initiatives have always been much more measured and steady. Its main source of growth has generally been from added subscriptions that often are related to product additions and increasing store count. Costco's store count is low compared to Target's -- 800 versus 1,800 -- but it's steadily growing, with about 20 stores planned to open in 2021. Costco already has a significant presence internationally, including the relatively recent expansion into the Chinese market.

They both pay quarterly dividends, with Target's yielding 1.29%, while Costco's yields 0.83%. Costco has, however, paid a special dividend every few years, and one was issued this past November for $10 per share. Costco has raised its dividend annually consistently for 16 years while Target is now going on 48 years of consistently increasing its dividend on an annual basis, making it a Dividend Aristocrat.

Considering its growth opportunities and more competitive valuation, I would choose Target stock as the better buy in this showdown.