Please ensure Javascript is enabled for purposes of website accessibility
Log In Help Join The Motley Fool
Free Article Join Over 1 Million Premium Members And Get More In-Depth Stock Guidance and Research
By Evan Niu, CFA - May 26, 2021 at 12:51PM

Shares of GSX Techedu (GOTU -4.17%) tanked by as much as 19% this morning after the company reported first-quarter earnings. The results were mixed compared to analyst expectations. As of 12 p.m. EST, the stock had somewhat recovered and was down only 7%.

Revenue in the first quarter came in at $296.2 million, ahead of the $292.4 million in sales that analysts were modeling for. That resulted in an adjusted net loss per American depository share (ADS) of $0.79, which was worse than the consensus estimate of $0.38 per ADS in losses. The Chinese consumer discretionary company, which provides educational services, reported gross billings of $180.3 million. 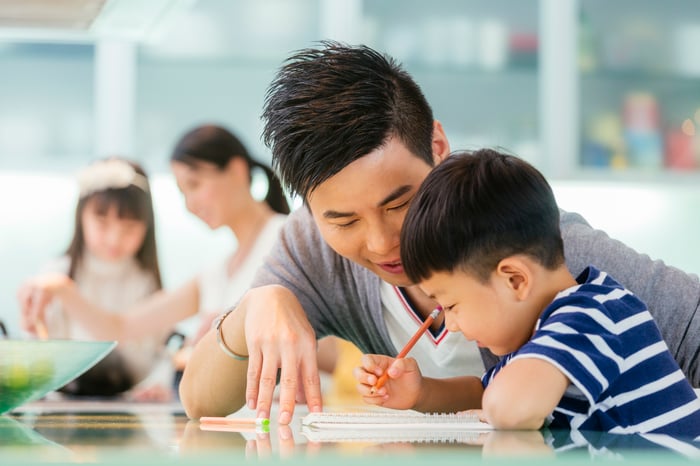 "Extensive traffic growth no longer works for this industry, while every player has to compete by refining operations," CEO Larry Chen said in a statement. "As a company that prioritizes efficiency, we have decided to return to the core of education, return to quality-driven growth, and return to profitability over the longer-term."

The private tutoring industry in China is facing significant uncertainty following reports that the government is preparing to roll out new regulations that could be announced next month.

GSX Techedu's outlook calls for revenue of 2.14 billion yuan to 2.16 billion yuan ($334.8 million to $337.6 million based on current exchange rates) in the second quarter. On the conference call with analysts, CFO Shannon Shen noted that the forecast includes the possible negative impact of reduced advertising activity.