Please ensure Javascript is enabled for purposes of website accessibility
Log In Help Join The Motley Fool
Free Article Join Over 1 Million Premium Members And Get More In-Depth Stock Guidance and Research
By Will Healy - Jun 1, 2021 at 6:24AM

What benefits Prime members does not necessarily help investors.

Amazon's (AMZN -0.96%) intent to purchase MGM Studios for $8.45 billion led to a muted reaction in its stock. The e-commerce conglomerate moved higher by about $6 per share, a 0.2% gain. While the acquisition makes perfect sense in the minds of some, the lack of price action in Wednesday trading may warrant a deeper look.

What the MGM purchase means

Indeed, fans of Amazon Prime Video will probably like what they see from the MGM purchase. MGM (which investors should not confuse with leisure company MGM Resorts International) owns the rights to about 4,000 films, including iconic franchises such as the James Bond and Rocky films. It also holds about 17,000 television shows. Some of these programs, such as The Handmaid's Tale and Vikings, appear on competing streaming services. 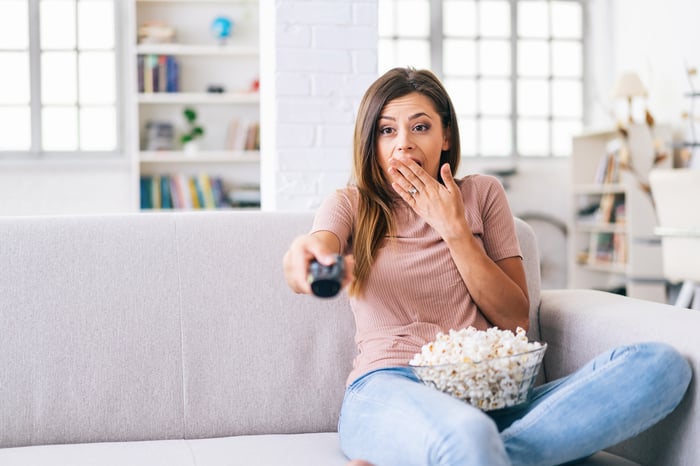 The first-quarter 2021 earnings report mentioned that over 175 million Prime members have streamed a Prime Video program in the last year. Considering that Prime claims more than 200 million members, this points to the popularity of the streaming service.

However, Amazon investors should not confuse their perspective with those of Prime members or stockholders in other companies. The reason is that, the content library will likely not become a core holding of the consumer discretionary stock. Even though the company has produced popular programs such as The Marvelous Mrs. Maisel and Tom Clancy's Jack Ryan, Amazon treats Prime Video as a secondary benefit of subscribing to Amazon Prime. This, however, wouldn't be the case with Netflix or Disney -- whose primary businesses are content -- and making such a purchase would mean greater implications for their shareholders.

Digital Commerce 360 confirmed this when it found that free shipping was the No. 1 reason consumers use Prime. Revenue figures also appear to back up the secondary nature of Prime Video. Amazon announced Prime brought in more than $25.2 billion in revenue in 2020 but made no mention of Prime Video's effect on that number. While the MGM library could increase customer loyalty to Prime, it offers no discernible direct benefit to Amazon's top line.

Where investors should focus

Instead, MGM merely becomes the latest purchase for a conglomerate that owns businesses such as Whole Foods Market and sells online ads. Fortunately, Amazon still offers stockholders good reasons to stay with Amazon outside of MGM.

One is the company's cash situation. In the last 12 months alone, it has generated $26.4 billion in free cash flow. Also, while its liquidity has fallen from year-ago levels, its $73.3 billion in liquidity means the company holds significant amounts of spare cash. This leaves Amazon positioned to pay off its long-term debt of $31.9 billion if it so chooses and cover the $8.45 billion purchase price of MGM.

Also, net sales surged by 44% in the first quarter, while net income spiked 220%. An upward revision in the value of equity investments contributed heavily to the profit surge.

Still, between the cash situation and the first-quarter performance, Amazon should ride out any possible uncertainty. Hence, the lack of revenue or earnings projections for the second half of the year should not deeply worry investors, even if customers choose to shop less online for a time as stores reopen.

Investors should also remember that Amazon has consistently broken out numbers for domestic, international, and AWS-related sales. This did not change for past acquisitions, and investors have little reason to expect the MGM purchase to alter this trend.

The MGM purchase will likely not affect the investment case for Amazon directly. Indeed, the purchase will improve the offerings on Prime Video and give customers another reason to remain Prime subscribers. However, investors have to remember that media holdings are not a core business for Amazon. If history serves as an indication, the acquisition is a non-story from the stockholder's perspective.