Please ensure Javascript is enabled for purposes of website accessibility
Log In Help Join The Motley Fool
Free Article Join Over 1 Million Premium Members And Get More In-Depth Stock Guidance and Research
By Daniel Sparks - May 27, 2021 at 6:05AM

The nearly $8.5 billion Amazon is spending to acquire the movie studio might seem expensive at first glance, but it's likely a wise move.

On Wednesday morning, Amazon (AMZN 1.12%) and MGM announced a definitive agreement under which the e-commerce and cloud computing specialist will acquire the movie studio, adding MGM's massive library of films and TV shows to Prime Video's already impressive slate of content.

The deal highlights what seems to be ever-increasing interest in streaming TV from tech giants, cable networks, and streaming pure-play services and platforms like Netflix (NFLX 2.61%) and Roku (ROKU 7.31%).

Here's a closer look at the deal and why it's likely a good move for the e-commerce giant. 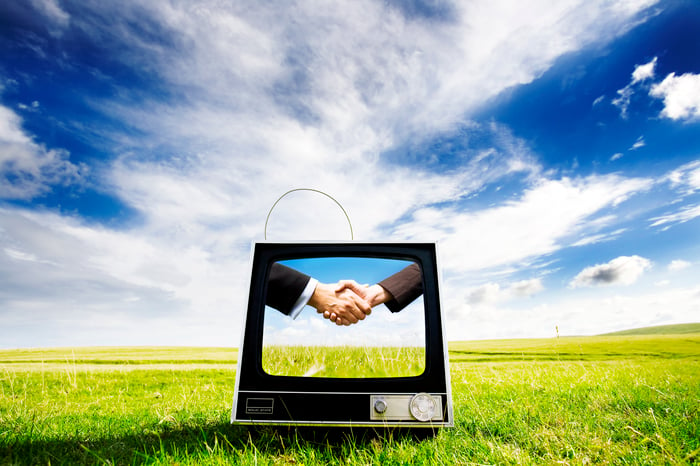 Buying MGM will cost Amazon $8.45 billion, the two companies announced Wednesday morning. But the deal will add a vast library of more than 4,000 films and over 17,000 TV shows to Amazon's library.

Popular MGM franchises and titles that will come under Amazon's ownership include the James Bond films, Legally Blonde, Tomb Raider, Rocky and all its sequels, The Magnificent Seven, and more. Notable MGM TV shows include Fargo, The Handmaid's Tale, and Vikings.

"The real financial value behind this deal is the treasure trove of [intellectual property] in the deep catalog that we plan to reimagine and develop together with MGM's talented team," said Prime Video and Amazon Studios vice president Mike Hopkins in Amazon's press release. "It's very exciting and provides so many opportunities for high-quality storytelling."

The move adds to the significant investment across the industry in content for streaming TV. Netflix said in its first-quarter shareholder letter that it would spend $17 billion on content this year. Even Roku, the specialist in smart-TV operating systems, recently signed a deal to license original content.

Though Amazon's move to acquire MGM might have taken many by surprise, it's not surprising after some reflection. The global video streaming market is estimated to grow at an average annualized rate of 21% between 2021 and 2028, according to Grand View Research.

Looking specifically at Amazon's momentum in streaming TV really drives home why the company is doubling down on content. Management said in its first-quarter earnings call that Prime Video streaming hours grew 70% year over year in the trailing 12 months ending on March 31.

Additionally, Amazon's strength in streaming TV still understates the importance of the segment. Management views Prime Video as a key component for the broader Prime membership, which includes free shipping and other perks. Prime Video, therefore, is a key driver for both adoption and retention for its subscription service and increased e-commerce sales.

In short, this looks like $8.45 billion well spent. Of course, the MGM deal is subject to typical merger agreement approvals. So it's not in the bag yet.