Please ensure Javascript is enabled for purposes of website accessibility
Log In Help Join The Motley Fool
Free Article Join Over 1 Million Premium Members And Get More In-Depth Stock Guidance and Research
By Evan Niu, CFA - Jun 2, 2021 at 11:47AM

Shares of Medallia (MDLA) were up by 11% as of 11:15 a.m. EDT today, after the company reported first-quarter earnings. The results were mixed compared to analyst expectations, but Medallia also offered strong guidance that impressed investors.

First-quarter revenue increased 17% to $131.4 million, ahead of the $127.3 million in sales that Wall Street was modeling for. That resulted in an adjusted net loss of $12.1 million, or $0.08 per share, which was slightly worse than the $0.07 per share in adjusted losses that analysts were expecting. The technology company, which operates a platform to measure customer experiences, said subscription revenue was $106.1 million. It finished the quarter with $540.5 million in cash. 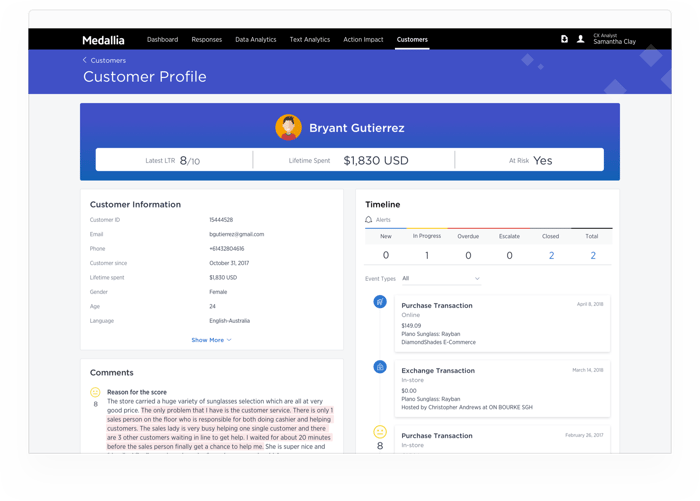 In a statement with the report, CEO Leslie Stretch noted the record subscription revenue, and added, "We have more sales capacity and more product than at any other time in our history, and more industry analysts validating our innovation leadership."

Medallia's outlook came in better than expectations. Total revenue in the fiscal second quarter is forecast in the range of $137 million to $139 million, compared to the consensus estimate of $135.3 million. That should result in an adjusted operating loss of $11.5 million to $12.5 million. For the full fiscal year 2022, Medallia expects revenue of $566 million to $570 million, similarly topping Wall Street's forecast of $564.7 million.

Why Medallia Stock Got Crushed Today