Shares of Medallia (MDLA) have plunged today, down by 9% as of 2:20 p.m. EDT, after the company reported first-quarter earnings. The results topped expectations but the enterprise software specialist guided the second quarter below consensus estimates.

Revenue in the first quarter increased 20% to $112.7 million, ahead of the $107 million in sales that analysts were expecting. Adjusted net income came in at $3.1 million, or $0.02 per share, which was better than the $0.02 per share in adjusted net losses that Wall Street was looking for. Subscription revenue was $89 million, and Medallia finished the quarter with $407.5 million in cash. 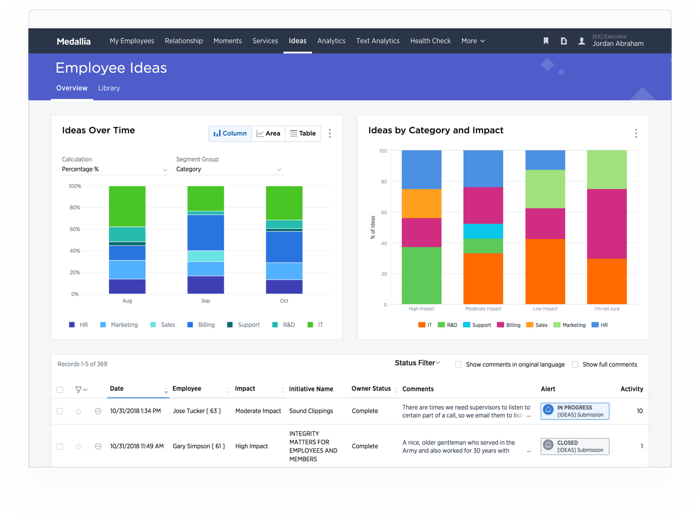 "I'm proud of the way we've delivered exceptional service to our customers and their employees," CEO Leslie Stretch said in a statement. "All customer and employee journeys have changed in this new environment."

Medallia provided guidance on the conference call with analysts, with Stretch expressing optimism that the economy was starting to recover. "It's actually exciting to see some of the most challenged businesses showing early signs of recovery, including improved occupancy, increased travel, and more digital transactions," the executive commented.

However, CFO Roxanne Oulman quantified the forecast, with revenue in the second quarter expected in the range of $109 million to $111 million. The consensus estimate currently calls for revenue of $113 million in Q2. Medallia also withdrew its annual guidance due to broad macroeconomic uncertainties, although the company says it remains committed to "marginal non-GAAP profitability on an operating income basis" for the fiscal year.

Why Medallia Stock Got Crushed Today