Investors cheered the company's progress with its COVID-19 vaccine program.

Shares of Novavax (NVAX 3.45%) soared 17.8% on Wednesday. The big jump came after the company stated that it would soon announce data from a U.S. phase 3 study of COVID-19 vaccine NVX-CoV2373 and is on track to hit its production goals for the vaccine.

What does an impending announcement of late-stage results for NVX-CoV2373 really mean for the biotech stock? The sooner Novavax reports those results, the sooner it will be able to complete its submission to the Food and Drug Administration for Emergency Use Authorization (EUA) for its vaccine. 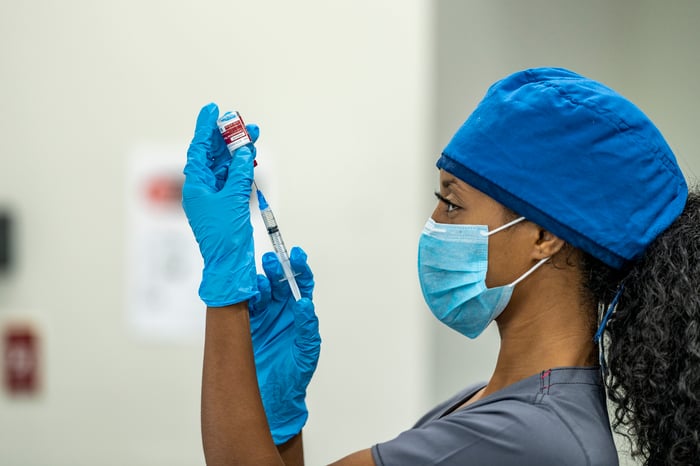 Novavax had hoped to file for EUA in the second quarter of 2021. However, the company revealed in its first-quarter update that the submission would slip into the third quarter. Assuming that Novavax is able to wrap up its U.S. late-stage study soon, it could potentially win EUA in the early part of the third quarter rather than later in the quarter.

Investors will have to continue waiting on Novavax's EUA filing for now. The good news is that earlier results from the company's late-stage study conducted in the U.K. were very positive and should bode well for its U.S. results. Novavax already has several major supply deals in place for its COVID-19 vaccine, including an agreement to supply 100 million doses to the U.S.