Shares of Fastly (FSLY 5.54%) fell 26% last month, according to data from S&P Global Market Intelligence. The slide came as the edge computing specialist offered disappointing guidance in its first-quarter earnings report. As you can see from the chart below, the stock fell sharply on May 6, losing 27% in a single session. 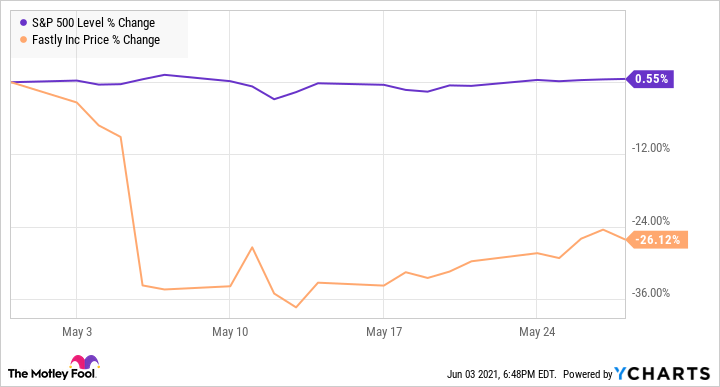 Fastly had been one of the biggest winners of the pandemic, as shares jumped more than 300% in 2020. This was due to an increase in adoption of its edge computing platform, as fast web-loading speeds became crucial for many businesses during the pandemic. 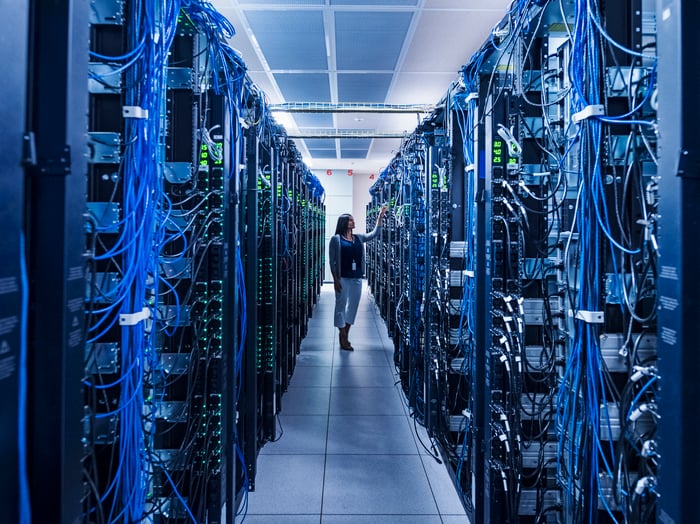 However, the Fastly growth story lost momentum this year amid a broader rotation out of growth stocks, and the company's first-quarter report sent investors fleeing. In the first quarter, it posted first-quarter revenue growth of 35% to $85 million, which included its acquisition last October of Signal Sciences.

That essentially matched estimates, but second-quarter guidance sorely disappointed investors, as Fastly called for just flat sequential growth in the second quarter, forecasting revenue of $84 million to $87 million. That was below the consensus at $91.7 million, and its bottom-line forecast also missed the mark.

Management blamed seasonality for the weaker-than-expected guidance for the second quarter, but also said it expected growth to ramp up in the second half of the year. Additionally, its year-over-year comparisons will benefit from the loss of revenue in the second half of last year when its biggest customer, TikTok, took most of its business away, seemingly because of a threat from the Trump administration.

The good news for Fastly investors is that the stock is much cheaper than it was last October when it was trading north of $120 a share. At a price-to-sales ratio of 16, the stock is now reasonably valued. Fastly still has disruptive potential, thanks to its compute@edge platform, which offers load speeds that are up to 100 times faster than rivals.

If Fastly can deliver on its second-half guidance, the stock should gradually recover from here, especially as the long-term growth story is still intact.