Please ensure Javascript is enabled for purposes of website accessibility
Log In Help Join The Motley Fool
Free Article Join Over 1 Million Premium Members And Get More In-Depth Stock Guidance and Research
By Zhiyuan Sun - Jun 4, 2021 at 6:35AM

Can investors count on this troubled marijuana producer to turn around?

Shares of Canopy Growth (CGC 14.63%) have fallen over 50% from their February highs. Investors bid up Canopy Growth partly due to a Reddit-induced rally in meme stocks, and speculation that Canopy Growth would flex its muscles via its huge cash balance in light of recent merger and acquisitions in the sector. However, many were then quickly disappointed after its business results from Q4 2021 (ended March 31) just didn't meet expectations.

Doubling down on a falling stock could be a risky yet profitable endeavor. Is Canopy Growth the right candidate for this purpose? 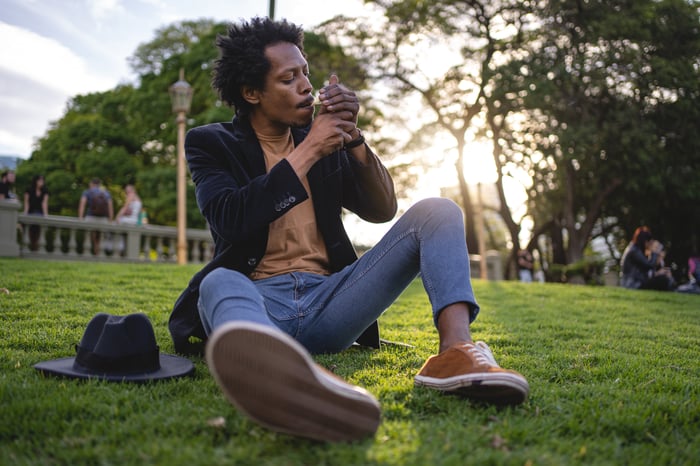 What Canopy Growth has to offer

Compared to fiscal 2020 (ended March 31, 2020), Canopy Growth increased its sales by 37% to 546.6 million Canadian dollars in fiscal 2021. Its momentum was driven by the solid performance of its vape and CBD oil sales in the U.S. Unfortunately, the company is struggling to turn a profit. Its gross margin fell by 9 percentage points year over year to 17%, mainly due to inventory impairments and asset write-offs.

Canopy Growth did, however, improve its free cash flow loss by 57% compared to fiscal 2020 to negative CA$630.2 million. Despite the loss, it managed to hit the top position in recreational dried flower sales in Canada and is among the top two medical marijuana importers in Germany. Canopy Growth also holds a sizable 35% market share in the Canadian cannabis-infused beverages industry, just behind HEXO.

By the end of the month, Canopy Growth will complete its acquisition of Supreme Cannabis (SPRWF). The deal will create the third-largest cannabis company in Canada, with a combined market share of 14% by total sales volume. Its new line of dried flowers, vapes, THC gummies, and CBD oil has proven to be very popular with consumers.

During the third quarter of fiscal 2021 (ended March 31), Supreme Cannabis grew its sales by 39.6% year over year to CA$13.6 million. At the same time, the company posted its third consecutive quarter of positive operating income less noncash items (EBITDA). Canopy Growth and Supreme Cannabis expect to realize CA$30 million in synergies within two years after the merger completes.

Moreover, Canopy Growth won't be moving into the lucrative U.S. THC industry with its Acreage deal until cannabis becomes legal on the federal level. Its balance sheet is a mess right now, so there's a lot at stake if the company doesn't achieve its business goals.

On top of that, Canopy Growth stock is pretty pricy. The company currently trades for 14 times future sales. Meanwhile, U.S. cannabis operators have three to eight times the revenue growth and are selling for just five to eight times sales. Not to mention, many of them, such as Curaleaf Holdings (CURLF 2.62%) and Trulieve Cannabis (TCNNF -2.71%) are already posting profits.

Overall, due to its profitability and capital management issues, it's probably wise to avoid the cannabis stock until the company gets its act together. U.S. cannabis operators have demonstrated that it is possible to simultaneously achieve astonishing revenue growth while also turning a profit. Now is the time for Canada's cannabis companies to live up to that expectation as well. At a minimum, consider waiting for Canopy Growth to cut its losses in the next few quarters and deleverage before initiating a stake.