Please ensure Javascript is enabled for purposes of website accessibility
Log In Help Join The Motley Fool
Free Article Join Over 1 Million Premium Members And Get More In-Depth Stock Guidance and Research
By Kailey Hagen – Jun 6, 2021 at 6:09AM

Whether you're 22 or 62, Social Security is still going to be around when you're ready to claim.

Social Security isn't the house of cards everyone seems to think it is. It's true that its trust funds could be depleted before the end of the decade, and that's a serious issue in need of solving. But even if that happens, Social Security isn't going to disappear. Here are three reasons why.

1. Social Security taxes pay to cover most of the program's expenditures 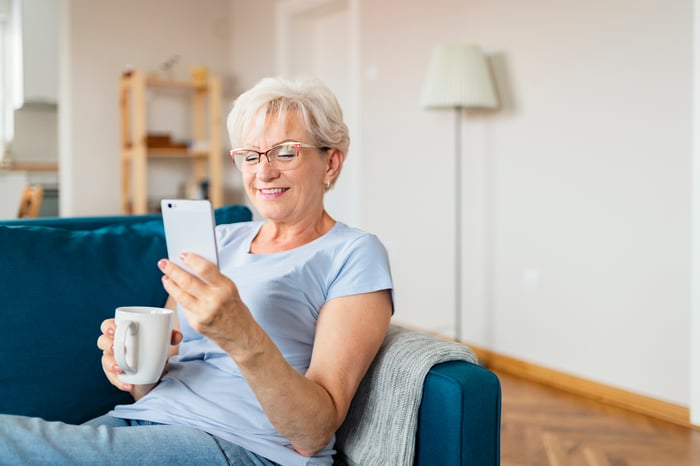 In 2019, these payroll taxes amounted to a whopping $944.5 billion -- enough to cover 89% of all Social Security benefits paid out that year. The government will continue collecting these taxes, even after the trust funds are depleted, so the program's largest source of revenue will remain intact.

However, payroll taxes may not go quite as far going forward due to an increasing number of beneficiaries and fewer workers paying into the program. Back in 1940, there were 159.4 covered workers paying Social Security taxes for every retiree claiming benefits. These days, there are just 2.8 workers per beneficiary.

This ratio is expected to decrease over time because the baby boomers are now entering retirement and advances in medical care are helping people live -- and claim Social Security -- for longer than ever before. That will cause Social Security's expenses to rise faster than its income, though even then, payroll taxes will still account for the majority of the program's funding.

The third source of Social Security funding comes from taxes that retirees over a certain income pay on their benefits. In 2019, this gave the program an extra $36.5 billion, enough to cover 3.4% of its expenses.

Only seniors with provisional incomes -- adjusted gross income (AGI) plus nontaxable interest and half of their Social Security benefits -- greater than $25,000 for single adults or $32,000 for couples will owe federal taxes on their benefits. Here's a primer if you're interested in learning how the government taxes Social Security recipients.

It's possible that these taxes could provide more income for Social Security over time as more seniors begin claiming, though. We can't predict how much revenue this would provide as the taxes owed depends on each retiree's provisional income, rather than being a set percentage of income, like the one workers pay. Nevertheless, it's another source of Social Security revenue that isn't going anywhere anytime soon.

3. The government can change how Social Security works

The current Social Security system has problems, but it can change over time. The government has yet to agree upon a plan to ensure its longevity, but several Congresspeople have proposed ideas over the years. They include:

If changing the program sounds like a radical idea, you should know it's been done before. When Social Security was first created back in 1935, the full retirement age (FRA) was 65. But in 1983, the government decided to gradually raise the FRA to help the program last longer. So another change isn't unprecedented.

Even if the government doesn't do anything and Social Security's trust funds run out, it would still be able to pay approximately 76% of scheduled benefits until 2090, according to the 2020 Social Security Trustees Report. This was written pre-pandemic, so this statistic has likely changed somewhat. But the point is, Social Security will still have quite a bit of money to pay beneficiaries for decades to come.

If you worry that your benefits, together with your personal savings, won't be enough to cover your retirement expenses, there are things you can do to increase your checks. You can start some of these strategies right now, even if you're too young to sign up for benefits. These tips will still be effective no matter what the government does to the program, so try as many of them as you can. When you're ready to start claiming Social Security, you'll be glad you did.