They call on CEO Tim Cook to let them keep working from home.

Employees of Apple (AAPL -0.29%) are grousing about having to return to the office.

In a letter to CEO Tim Cook, the employees say the new hybrid work policy that lets them work from home two days a week and up to two weeks a year with a manager's approval is overbearing because it doesn't take into consideration their feelings about working from an office again. They're demanding they be allowed to continue working from home if they want to. 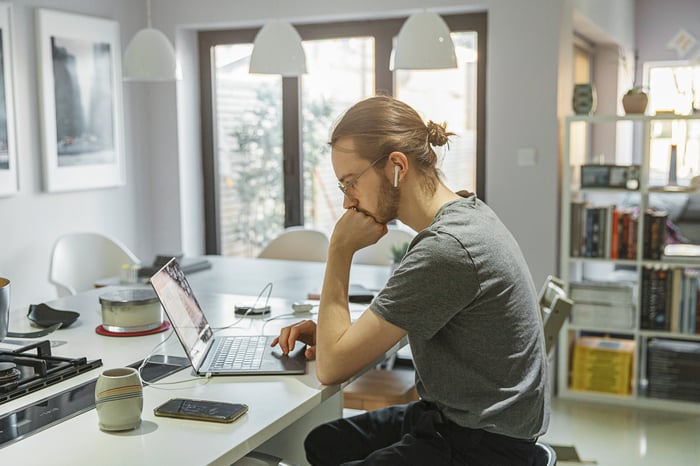 Many companies are calling their employees back to the office as the economy reopens and more people become vaccinated against COVID-19. The Apple employees, however, aren't expressing concern about potential health and safety risks of returning; rather, they bemoan a lack of understanding about "the lived experiences of many of Apple's employees."

They say Cook's decision to end the remote work policy without first consulting them shows a disconnect between management and their workers' feelings. It also undermines the company's commitment to inclusivity and diversity, they say, because not every employee works well in the same conditions.

As a result, they have five "formal requests" for Apple:

The employees acknowledge the pandemic forced Apple to quickly adapt to new realities, but the record quarterly earnings report it just posted shows remote working is a success.

Working from home should be the "new normal" and the tech stock's employees ought to be allowed to continue doing so, their letter to Cook said.