Thanks to key funding, its Alzheimer's drug is on track even after Biogen's historic approval.

Shares of Cassava Sciences (SAVA 10.97%) rose 15% in May, according to data provided by S&P Global Market Intelligence. After a positive meeting with the Food and Drug Administration (FDA) in February, its treatment for Alzheimer's Disease (AD) got more good news in May: It received a $2.7 million grant from the National Institutes of Health (NIH).

The relationship isn't new. The biotech has been developing the drug for more than 10 years and the NIH has been providing funding since 2017. 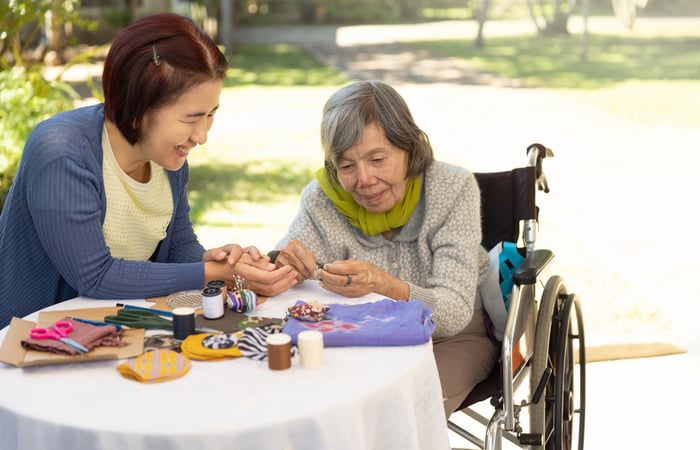 The money will help it move the drug into a pair of phase 3 trials later this year. The first will enroll 1,000 participants and study the drug's ability to slow the rate of decline in cognition and health function. The second cohort, of 600 participants, will be studied for dementia-related behavior.

Although all eyes will be on Biogen (BIIB -0.29%) after the FDA's historic approval of its Alzheimer's drug, aducanumab, the NIH funding keeps the momentum going for Cassava. In a phase 2 study, its own candidate, simufilam, demonstrated a 10% improvement in cognition versus baseline and a 29% improvement in dementia-related behavior.

The approval of aducanumab presents both an opportunity and a risk for Cassava. On one hand, Biogen's drug did not have particularly stellar results in clinical trials. It only showed efficacy in one of two phase 3 studies. In fact, an FDA advisory panel recommended against its approval in November. That means the bar for simufilam is low. On the other hand, many patients may naturally gravitate to Biogen's approved drug instead of enrolling in a clinical trial. If that happens, it could drag out the timeline -- and increase the costs -- of clinical trials.

So far, Wall Street is betting on the more positive outcome. Shares of Cassava have continued to rise, up 30% in June so far. With superior efficacy and no royalty obligations, shareholders willing to be patient should be rewarded if the drug's performance holds up. Although it may have a head start, Biogen's news might turn out to be even better for Cassava over the next few years.