Please ensure Javascript is enabled for purposes of website accessibility
Log In Help Join The Motley Fool
Free Article Join Over 1 Million Premium Members And Get More In-Depth Stock Guidance and Research
By Brett Schafer - Jun 8, 2021 at 6:12AM

Hedge fund Elliott Management is now the second-largest shareholder of the file-sharing platform.

On Wednesday, June 2, the Wall Street Journal reported that famous activist hedge fund Elliott Management is now the second-largest shareholder of Dropbox (DBX -2.50%), behind founder and CEO Drew Houston. It is unclear what Elliott's plans are with this stake, but if its other recent Twitter (TWTR 0.30%) and Duke Energy (DUK 0.59%) investments are any indication, the fund is not going to stay in the background. Here's what investors need to know about Elliot's new position, and what it could mean for Dropbox's business going forward. 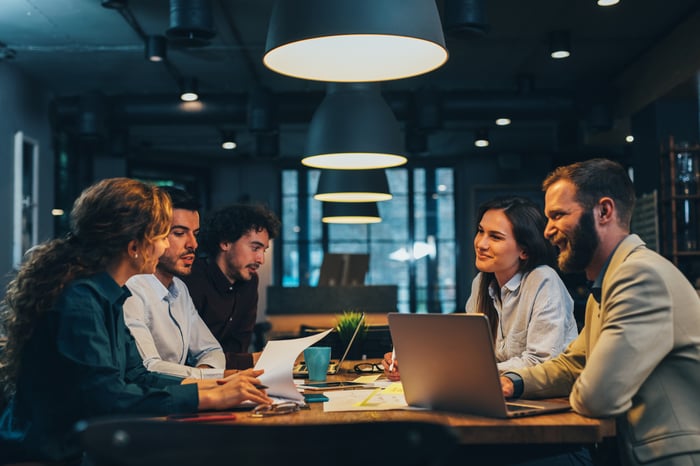 According to the report, Elliott is holding discussions with Dropbox management, although it is unclear what these conversations have been about. The report also mentioned the fund owns more than 10% of the stock's outstanding shares.

Activist investors sometimes push for seats on the board of directors, organizational changes, and changes in capital allocation. For example, at Box (BOX -2.10%), one of Dropbox's competitors, Starboard Value is currently fighting to take seats on its board. It is also working to potentially make changes at the executive ranks, with rumors that it wanted to oust CEO Aaron Levie. These aggressive tactics have led Levie to consider selling the company.

To sum it up, activist investors typically want to make changes at the businesses they take a big stake in, and can feud with management in the process. If Elliott's strategy with past investments, including large companies like eBay and AT&T, are any indication, the fund will not want to sit back and relax with its newest stake in Dropbox.

There isn't much to complain about

If they plan to execute an activist strategy, the strange thing about Elliott's stake is that Dropbox is already running plays out of what some might call the typical activist playbook. Management laid off 11% of its employees this January and is starting to sublease its gigantic San Fransisco headquarters it bought pre-pandemic (the company has since switched to a hybrid work-from-home strategy). Both these changes will help improve the company's profit margins.

Unlike Box, Dropbox is already highly profitable, generating over $100 million in free cash flow last quarter and guiding for $680 million in free cash flow in 2021. At a market cap of around $11 billion, that puts Dropbox's forward price-to-free-cash-flow (P/FCF) at around 16. What's more, the company has an aggressive capital returns strategy, with a current $1 billion buyback authorization in place. Looking at Dropbox's cash balance and current cash generation, there's not much Elliott could change from a capital returns standpoint.

Elliott could push for more bolt-on acquisitions like HelloSign and DocSend that have worked well for Dropbox over the last few years, and it could always push for more of a presence on the board of directors. But unless it tries to force Houston to sell the business, there's likely not much meaningful change Elliott can make here in the short term.

Another puzzling part about Elliott's investment, which indicates this may just be a passive stake, is the fund will be limited in trying to enact change at Dropbox due to how the company is controlled. Through its dual-class share structure, CEO and founder Houston has 71.6% of the company's voting power, meaning at the end of the day, what he says goes.

The one big complaint investors have with Dropbox is its slow revenue growth relative to other software companies, especially during 2020, when cloud-based products were in high demand. Last quarter, annual recurring revenue (ARR) only grew 13% to $2.11 billion, while at the same time software-as-a-service (SaaS) and other cloud stocks were putting up high double-digit or even 100%+ growth rates. It's true that Dropbox's top-line growth is a big knock on the business's potential and/or sustainability, however, there's not much Elliott could do to change that as an outside shareholder.

Taking Dropbox's current business strategy and capital allocation plans into consideration, plus the fact that Houston has full control of this business (for better or worse), there's not much Elliott Management can do at Dropbox. This leads me to believe this will be a passive investment, even if Elliott Management doesn't want it to be. The hedge fund may have a huge influence over what happens at its other investments like Twitter, but with Dropbox, investors are still betting on the vision and management of founder Drew Houston.