Have you ever liked a company but wanted to boot its CEO?

Activist investing is the practice of buying a large amount of a company's stock with the goal of gaining influence and pressuring the leadership team to make a specific set of changes to the enterprise. Activist investors push for changes that would increase the company's share price or benefit the activist investor directly. Companies that are poorly managed, have inefficient operations, or face some other solvable problem are common targets of activist investors, who often specialize in only certain types of enterprises.

How does activist investing work?

Typically, activist investors operate hedge funds or private equity firms, or they are high-net-worth individuals. Activist investors typically also have professional analytical skills and substantial business expertise. They use these qualifications to identify companies with untapped value and develop and deliver to the companies themselves specific strategy recommendations to capture that value. 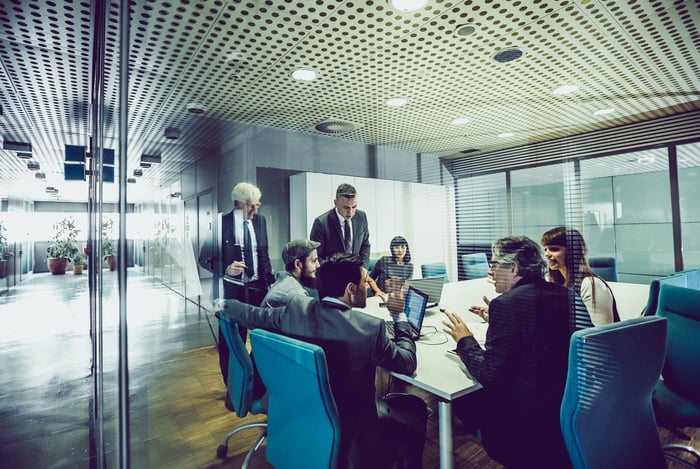 Activist investors' campaigns, while potentially very profitable, do not generally have high success rates. According to a Harvard Law School report, just 17% of activist investor campaigns in 2019 were successful. The majority of campaigns -- 56% -- either hadn't gained traction or were still ongoing when the report was published in mid-2020. That being said, this is how an activist investor usually operates:

1. Buy a large amount of shares of the target company.

Activist investors who acquire more than 5% of a company's outstanding shares are required to file Schedule 13D with the U.S. Securities and Exchange Commission (SEC). That filing is a clue for many investors that the company is of interest to an activist investor.

2. Publicly propose a specific set of changes for the company.

3. Negotiate with the board of directors.

4. Pursue additional measures as necessary to effect the desired changes.

5. Sell all shares once the specific objectives are achieved.

While activist investors who also hold board seats may have restrictions on selling their stock holdings, they generally sell their shares once the company has implemented their recommendations.

The best-known activist investors include:

Some mutual funds and exchange-traded funds (ETFs) can also provide exposure to shareholder activism for individual investors. The 13D Activist Fund (NASDAQMUTFUND:DDDAX) is a mutual fund that analyzes 13D filings and invests based on the likelihood of an activist effectively driving performance improvements at the company. The fund at the time of this writing has holdings in 31 companies and $260 million in assets under management. The mutual fund's average annual return between 2011 and 2021 was 15.13%.

The LeaderShares Activist Leaders ETF (NYSEMKT:ACTV) is another, if less-proven, option for individual investors. The fund, with about $57 million in net assets, was launched in the second half of 2020. The ETF owns shares in 39 companies at the present time.

Investing in either of these funds, or in any individual companies that are targeted for activism, is riskier than just buying and holding the stocks of high-quality companies. Your portfolio can benefit from this type of exposure, but limiting how much money you invest in activism-related strategies is a wise move.