Please ensure Javascript is enabled for purposes of website accessibility
Log In Help Join The Motley Fool
Free Article Join Over 1 Million Premium Members And Get More In-Depth Stock Guidance and Research
By Anders Bylund - Jun 8, 2021 at 9:03AM

A brief outage in services from content delivery network Fastly (FSLY -0.63%) knocked out a large portion of the internet on Tuesday morning. The outage started at 5:50 a.m., EDT and largely ended when Fastly found a fix 46 minutes later.

Fastly's outage affected a large number of online services around the world, including government websites and global news services of every stripe. In particular, streaming media platforms from Spotify to Disney's Hulu reported outages of their own in near-perfect lockstep with Fastly's issue. Even Netflix (NFLX 1.67%) experienced a higher volume of service failures during the 46-minute Fastly event, even though that company has its own global network of content delivery servers.

Netflix's presence on this list underscores the interconnected nature of the modern internet. Many of the world's leading cloud computing platforms also depend on Fastly's content delivery services and saw their issue reports spiking at the same time. Examples include Amazon Web Services, Alphabet's Google Cloud, and Microsoft Azure. Any or all of these follow-on outages might have contributed to the user-facing problems on purportedly independent platforms like Netflix. 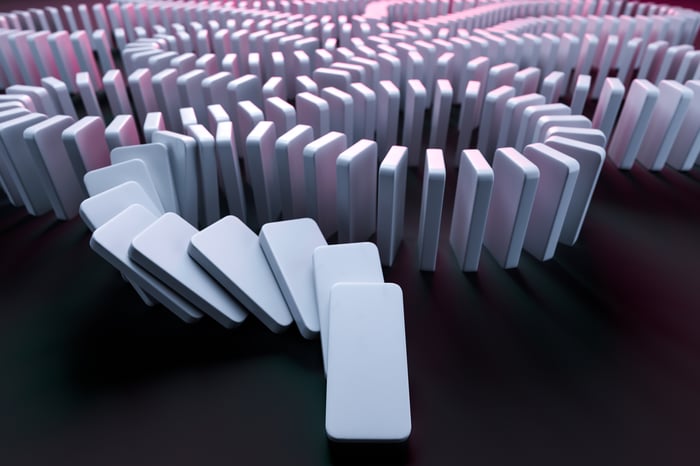 Fastly's status-tracking page said that a fix was found and applied at 6:36 a.m. EDT, explaining that some customers would experience a higher load on their original content servers as Fastly's network worked to repopulate its content databases. The company also sent out a tweet a half-hour later with a bare-bones explanation of what went wrong:

"We identified a service configuration that triggered disruptions across our POPs globally and have disabled that configuration."

More detail will surely emerge as consumers and IT managers everywhere seek assurance that this won't happen again. Stay tuned.