Please ensure Javascript is enabled for purposes of website accessibility
Log In Help Join The Motley Fool
Free Article Join Over 1 Million Premium Members And Get More In-Depth Stock Guidance and Research
By Scott Levine - Jun 10, 2021 at 8:59AM

It's time for the environmentalists to pop open the champagne.

After struggling for years to complete the $9 billion Keystone XL Pipeline, TC Energy (TRP 0.91%) stated yesterday that it's throwing in the towel and terminating the project.

Ever since the company announced the project in 2008, it had been the source of continuous litigation and protests for over a decade. As recently as last week, for example, state attorneys general from Alaska and Florida had joined a lawsuit with 21 other states seeking to overturn President Biden's cancellation of the Keystone XL project.

In a press release announcing the termination of the project, Francois Poirier, TC Energy's CEO, continued to laud the merits of the Keystone XL while expressing optimism at executing new projects: "Through the process, we developed meaningful Indigenous [groups'] equity opportunities and a first-of-its-kind, industry leading plan to operate the pipeline with net-zero emissions throughout its lifecycle. We will continue to identify opportunities to apply this level of ingenuity across our business going forward, including our current evaluation of the potential to power existing U.S. assets with renewable energy." 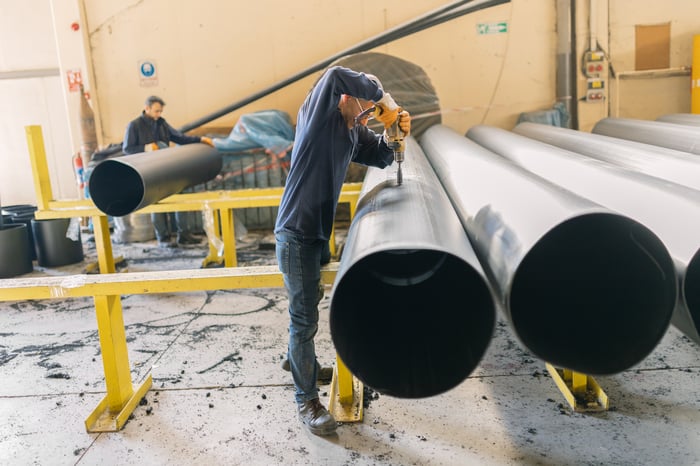 Spanning 1,210 miles from Alberta to Nebraska, where it would connect with existing infrastructure to reach the Gulf Coast, the Keystone XL Pipeline had the potential to deliver 830,000 barrels per day and was meant to be the fourth phase of TC Energy's Keystone Pipeline System.

While this project will not come to fruition, TC Energy has its sights set on executing $20 billion of secured growth projects and $7 billion of projects under development.