Please ensure Javascript is enabled for purposes of website accessibility
Log In Help Join The Motley Fool
Free Article Join Over 1 Million Premium Members And Get More In-Depth Stock Guidance and Research
By Alex Carchidi - Jun 16, 2021 at 9:27AM

Be selective, and have an exit strategy.

Will this be the summer of meme stocks? If AMC Entertainment Holdings' (AMC -9.69%) explosive, retail-trader-driven rally of about 2,640% this year hasn't convinced you, there isn't much that will. Even penny stocks like Sundial Growers (SNDL -2.69%) are edging back into the spotlight with the help of the retail trader army.

It's preferable to avoid buying highly hyped, low-quality stocks altogether. But there's no rule that says a stock is a bad purchase simply because people have made memes about it or simply because retail traders appreciate it. Investors considering an impulsive meme-stock purchase would be well served to pump the brakes and spend a little time developing an investment thesis of their own, based on valuation and fundamentals.

Let's take a look at a few of the important principles that could help you make a smart plan for buying meme stocks. 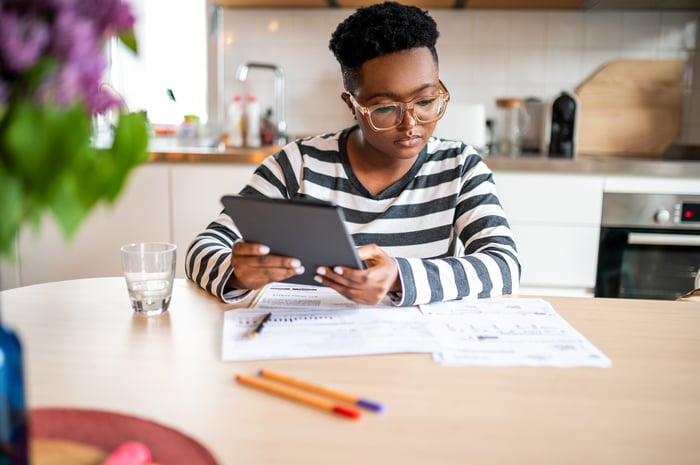 Understand that the normal rules will eventually apply

No matter how wild a meme stock's valuation gets during its surge, don't forget that high valuations eventually require demonstrations of high earning potential. It might take months or years, but the market won't stay impressed by meme-driven speculation forever. Likewise, if a company doesn't have enough money to keep the lights on, there's little chance that it will be able to reverse its fortunes just because retail traders buy its stock. So, if you're looking to build the value of your portfolio over the long term, it behooves you to invest only in the cream of the crop.

That means you need to do enough diligence to be confident in a meme stock's survival beyond the next few months, when the buzz has faded. Avoid investing in stocks like Hertz Global Holdings, which became a meme favorite precisely around the time that it declared bankruptcy in May 2020. Even a much-maligned cannabis stock like Sundial Growers looks good in comparison, as it has negligible debt and no liquidity issues.

While some management teams are content to let their stock's stardom ride itself out, the best ones understand how to lean into it. In most cases, that means issuing new stock at the right time, when hype is at its peak, like Sundial Growers did in February. By exploiting the hype, the company was able to raise enough money to embark on new growth initiatives like SunStream Bancorp during the months that followed. SunStream Bancorp aims to make debt and equity investments in other cannabis companies to generate income, which could eventually transform Sundial into a much stronger business.

Still, no other management team has embraced their stock's memedom as much as AMC. On June 3, AMC issued $587.4 million in new stock, adding to its previous round this quarter that brought in $658.5 million. Plus, shareholders can now get a free upgrade of their drink or popcorn if they go to one of the company's theaters, among other benefits. It remains to be seen whether this strategy will support AMC's stock price, but one thing's for sure: Management is seizing the moment.

Look for early signs that a company's management is willing to get creative and maximize the effect of having a meme stock. Try to avoid companies that seem to be reluctant about or incapable of raising funds in a timely manner, as some commentators have noted about popular meme stocks like GameStop.

Have an exit plan

Meme stock investing shouldn't be synonymous with short-term thinking or impulsive purchases. In fact, there's a good chance that your losses will be high if you decide to panic-sell when a meme stock investment collapses. On the other hand, if you understand when and why you would want to sell, you'll be in much better shape.

In most cases, it'll be easier to make an exit plan when you understand the prospects of the underlying business you're investing in. In the case of a stock like Sundial Growers, a plan could be something along the lines of "if after a year it fails to grow its quarterly revenue by a significant amount, I'll sell." Or, for another highly volatile stock like AMC, it might make more sense to pick a price level that would justify a sale. Either way, you'll be much better off with a plan in hand than you would be otherwise.