The latest Marvel series is off to a great start, as management aims to more than double Disney+ streaming subscribers over the next few years.

Anticipation was high for the debut of Marvel Studios' Loki on Walt Disney's (DIS -1.72%) Disney+, and the god of mischief didn't disappoint. During the second quarter, Loki was the most-watched premiere on Reelgood, with 10.5% of its 2 million users viewing the first episode during its opening weekend. That was more than double the share of viewership earned by other top shows that were released during the second quarter.

Loki also received a higher share of opening weekend viewership than Marvel's WandaVision, which achieved a 9.5% share in January, or The Falcon and the Winter Soldier, which garnered a 6% share in March. 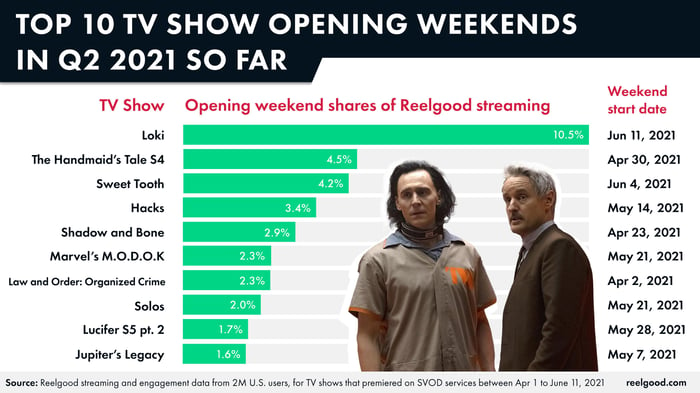 "Like our films, our Disney+ original series have become must-watch events. Starting with the success of The Mandalorian, followed by Marvel's WandaVision and The Falcon and the Winter Soldier," CEO Bob Chapek said during the earnings call for its fiscal Q2, which ended April 3. "These not only became immediate hits but part of the cultural zeitgeist."

Disney's stock price slipped after Disney+ missed analysts' consensus estimate for subscribers in the most recent quarter, but the strong start for Loki reinforces management's view that as more content is released, it will serve as a major growth catalyst for the service.

The road to 230 million subscribers

However, during the earnings call, Chapek highlighted that Disney added 30 million households in the first six months of its fiscal year, which was in line with the company's expectations. "Every single market that we've launched in has exceeded our expectations," he said. 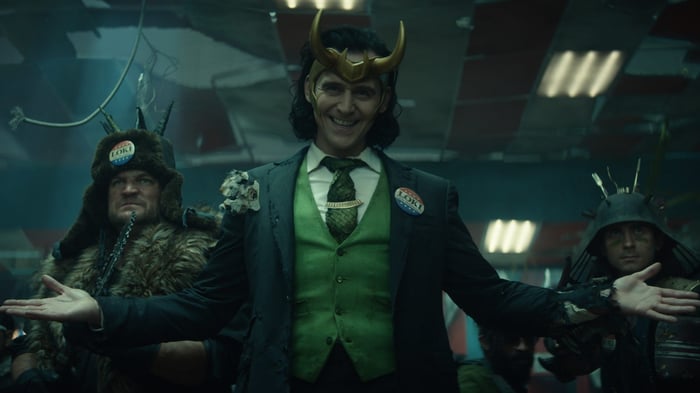 Chapek called Loki "a tremendous catalyst for growth" for Disney+. Considering this one series is just a drop in the flood of content that's coming to the service, it's understandable why management is still confident in their ability to achieve their subscriber guidance.

To reach the low end of its fiscal 2024 goal, Disney+ will need to more than double its subscriber total in just over three years, which implies an annualized growth rate of about 25%. That's certainly achievable, but it's also understandable that some investors doubt that the streaming service will grow that fast. For example, Netflix crossed the 100 million paid subscribers threshold in Q3 2017, and it still hasn't reached 230 million nearly four more years of growth later.

Disney+ will have to continue growing faster than Netflix to reach its guidance. To do that, it will have to consistently wow audiences with its new content releases. As Chapek pointed out, engagement is the precursor for net subscriber additions.

This is why the strong launch for Loki was great news. In December, Disney outlined an impressive content roadmap for the next few years, including plans for 10 original new series each from the Marvel and Star Wars universes. There are also 15 live-action, Disney animation, and Pixar series on the agenda.

The company has chosen to apply what worked has worked for it at the box office with Disney+ -- in other words, it's focusing on quality over quantity. Given Disney's incredible track record before the pandemic of delivering one blockbuster after another, Chapek believes it can achieve similar success in streaming.

"Looking at our entire portfolio of streaming services, we expect that as full production levels resume and we get to a more normalized cycle, the increased output would help fuel additional sub growth across Disney+, ESPN+, Hulu, and Hotstar," Chapek said during the fiscal Q2 call.

Based on all that, the recent decline in Disney's share price might present a good buying opportunity. But investors should pay close attention to the Disney+ subscriber total in the fiscal Q3 earnings report that will arrive in a few months. If management is right, Loki should have helped it lure in quite a few new subscribers.