Please ensure Javascript is enabled for purposes of website accessibility
Log In Help Join The Motley Fool
Free Article Join Over 1 Million Premium Members And Get More In-Depth Stock Guidance and Research
By Matthew DiLallo – Jun 22, 2021 at 9:19AM

The monthly dividend payer is working on another needle-moving deal.

Canada's Pembina Pipeline (PBA -3.01%) tends to fly under the radar of dividend investors. It doesn't have the name recognition of its larger rivals, causing many to overlook its attractive payout. The pipeline company's 6.6% dividend yield is well above average. Further, it makes dividend payments each month instead of the typical quarterly cycle. On top of all that, Pembina has steadily increased its payout.

One catalyst fueling the pipeline company's growing dividend is acquisitions. It's already working on its latest deal, which could give it the fuel to continue growing its payout over the next several years. That upside makes Pembina an attractive option for income-seeking investors. 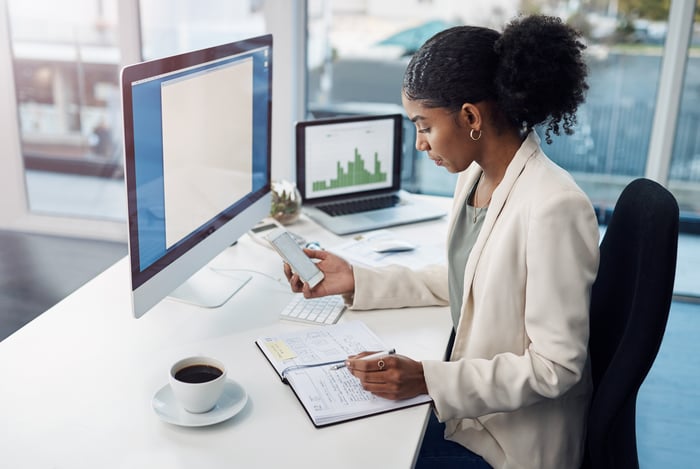 Pembina has a long history of making needle-moving acquisitions. In 2017, the company completed the largest transaction in its history by merging with Veresen. The cash-and-stock deal valued its smaller rival at 9.7 billion Canadian dollars ($7.8 billion). Meanwhile, in 2020 Pembina bought Kinder Morgan Canada and the Cochin Pipeline from Kinder Morgan (KMI -2.66%) for CA$4.35 billion ($3.5 billion). Those deals have enabled it to steadily increase its dividend, including a 5% boost following the close of the Kinder Morgan transactions.

Pembina already has its latest deal lined up. In June, it agreed to acquire fellow Canadian pipeline operator Inter Pipeline (IPL) in an all-stock transaction valued at CA$8.3 billion ($6.7 billion), or CA$19.45 ($15.68) per share. That purchase price put it ahead of a cash-and-stock offer from Brookfield Infrastructure (BIP -3.56%) (BIPC -3.91%). While Brookfield is still trying to wrestle Inter Pipeline away from Pembina with new offers -- including an all-cash deal valued at CA$19.99 ($16.12) a share -- its overtures haven't proven successful.

If Pembina can close the Inter Pipeline deal, it will provide the fuel to boost its dividend immediately. The company expects to raise its payout by another 4.8% to CA$0.22 ($0.18) per share each month once it closes the transaction. The main fuel source for that increase is the anticipation that it can capture CA$150 million to CA$200 million ($121 million-$161 million) in annual cost savings. That will provide an immediate and meaningful boost to its cash flow on a per-share basis.

On top of that, Pembina expects to raise its dividend to CA$0.23 ($0.19) per share next year. The main driver of that increase is the anticipated completion of Inter Pipeline's Heartland Petrochemical Complex. Inter Pipeline foresees Heartland boosting its adjusted EBITDA by 50% from 2020's level by its first full year of operations in 2023.

That forecast would enable the combined company to generate between CA$1.1 billion and CA$1.4 billion ($890 million-$1.1 billion) of annual cash flow after paying dividends, even after factoring in the two increases. That will give it the financial flexibility to fund additional expansion projects. The companies currently have CA$5.2 billion ($4.2 billion) of secured projects under way, including Heartland. Meanwhile, they have another CA$675 million ($544 million) of previously deferred projects to reactivate as market conditions improve. Further, the combined company has identified CA$450 million ($363 million) of actionable projects that will become available following the combination. On top of that, it foresees more than CA$6 billion ($4.8 billion) of future energy midstream-related investment opportunities.

Finally, Pembina expects to play a role in the energy transition to lower-carbon fuel sources. For example, it has partnered with TC Energy (TRP -3.05%) to develop a carbon transportation and sequestration system in Canada to help reduce the country's greenhouse gas emissions. As the company completes these projects, it could provide more fuel to grow its dividend.

Don't sleep on this income stock

Pembina Pipeline has become a consolidator in the Canadian energy midstream sector. That's given in it an additional fuel source to grow its dividend. With its next deal already lined up, Pembina has the fuel to keep growing its dividend for the next several years if it can continue fending off Brookfield. That upside potential when added to an already attractive monthly income stream makes Pembina a worthy consideration of dividend investors.