Please ensure Javascript is enabled for purposes of website accessibility
Log In Help Join The Motley Fool
Free Article Join Over 1 Million Premium Members And Get More In-Depth Stock Guidance and Research
By Parkev Tatevosian - Jun 24, 2021 at 8:55AM

The entertainment giant's stock price would have to rally by almost 15% to reach $200 a share.

After a solid year of gains in 2020, Walt Disney's (DIS 2.21%) stock price is on a choppy path in 2021. Interestingly, Disney's business was in a holding pattern in 2020, waiting for governments to get control of the coronavirus. However, the stock performed well as investors looked to the success of its streaming services.

However, Disney's stock price is down about 3.2% so far in 2021 and hasn't rallied even as nearly all its operations are reopened. One reason could be that investors are waiting for the results of reopenings to be reflected in the company's financial statements. That could be one catalyst that sends the stock higher, but can Disney's stock hit $200 by the end of the year? It's trading around $175 a share right now. 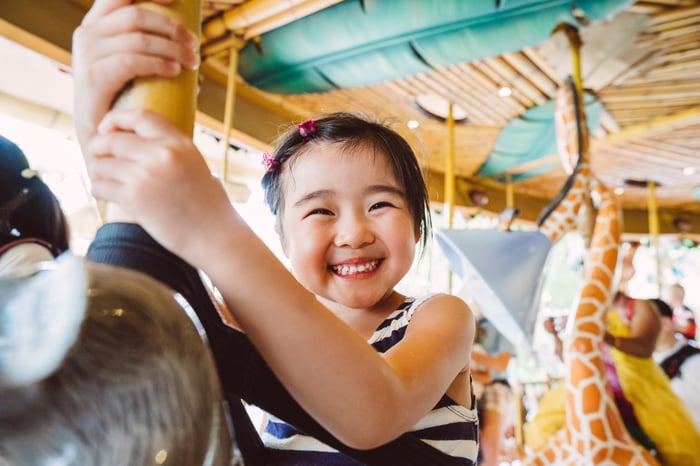 Disney's theme parks all had to close their turnstiles at the onset of the pandemic. It took roughly 15 months, but finally, all its theme parks are open as of June 17. Some capacity restrictions remain, but even those are receding. Fans are flocking to fill whatever space is available.

Park ticket prices are reportedly higher as well. Annual passports, a popular program at Disney's California parks, were discontinued. The offer allowed frequent visitors to reduce the cost of each visit by buying an annual pass. Still, parks are filling up, with wait times reaching several hours for some attractions. It will be interesting to see what management says about average spending per visitor at theme parks in its next quarterly report.

Hardly anyone will be surprised if The House of Mouse reports substantial increases in customer spending fueled by rising admission prices. The beginning of growth

During COVID-19 lockdowns, in-home entertainment was at a premium. That is, in part, what allowed Disney to conduct one of the most successful product launches in history. Disney+ was introduced in November of 2019 and 20 months later has in excess of 103.6 million subscribers.

What's more, it's likely that when Disney next reports subscriber figures, it will be higher by several million. A resurgence of COVID-19 in India, one of Disney's largest streaming markets, along with popular content releases and continued international expansion, is likely to see Disney+ reach higher subs.

The big screen is back

Movie theaters have opened again after over a year of closure to the public. The box office has long been a source of revenue and buzz for Disney. The early film releases Raya and The Last Dragon and Cruella are performing well despite capacity restrictions. That could be a good sign for upcoming titles as states continue to ease restrictions and more of the population gets vaccinated and gets comfortable with gathering in large groups again.

Several catalysts could push Disney's stock price above $200 by the end of 2021. However, what's more likely is that if you own Disney stock over the next decade or two, you're probably going to end up with more money than when you started. And that is the primary reason you should invest in Disney stock -- for the long-run returns.