Please ensure Javascript is enabled for purposes of website accessibility
Log In Help Join The Motley Fool
Free Article Join Over 1 Million Premium Members And Get More In-Depth Stock Guidance and Research
By Keith Speights - Updated Jun 28, 2021 at 10:17AM

They're already big winners but could have much more room to run.

Dogecoin (DOGE -2.30%) fans would be quick to point out that the cryptocurrency has skyrocketed more than 4,500% year to date. What started out as a joke has enabled some to laugh all the way to the bank.

On the other hand, skeptics about Dogecoin would be just as quick to note that it has given up more than 60% of its earlier gains. Anyone who jumped on the Dogecoin late is probably sitting on some hefty losses.

Regardless of what your take is on Dogecoin, what really matters is where you should put your money now. One place to get some investment ideas is Robinhood's 100 most popular stocks list. Here are two popular Robinhood stocks that could crush Dogecoin going forward. 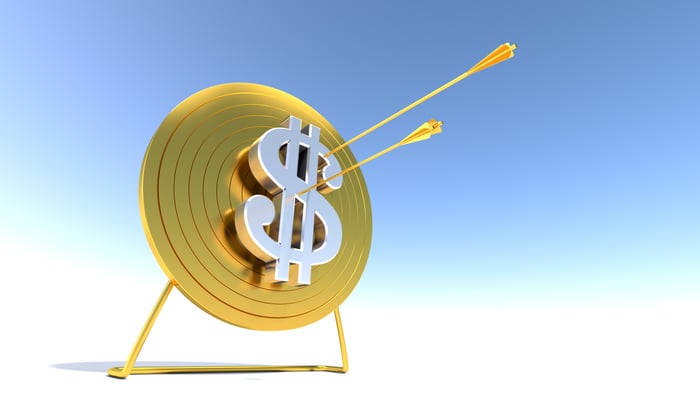 While Dogecoin has nosedived in recent months, NVIDIA (NVDA 2.32%) stock has taken off. One reason why is NVIDIA's upcoming four-for-one stock split. While stock splits don't impact a company's valuation directly, they can attract greater numbers of small investors.

However, there are plenty of even better reasons to like NVIDIA that have nothing to do with its stock split. The most obvious one is the company's gaming business.

Gaming remains NVIDIA's biggest moneymaker, generating $2.8 billion of the company's total revenue of nearly $5.7 billion in the first quarter of 2021. And business is booming. NVIDIA's gaming revenue more than doubled year over year.

It isn't just that gaming is increasing in popularity (although that is the case). NVIDIA benefits from regular hardware upgrade cycles. New games require even more processing power, which drives demand for the more powerful graphics processing units (GPUs).

I especially like that NVIDIA is leveraging its gaming expertise to target new markets. For example, the company recently unveiled Omniverse Enterprise, a platform where design teams can build 3D virtual simulations and collaborate in real-time. In effect, NVIDIA is turning work into play (or vice versa, depending on how you look at it).

NVIDIA CFO Colette Kress said in the company's Q1 conference call, "As the world becomes more digital, virtual and collaborative, we see a significant revenue opportunity for Omniverse." I think that Kress's optimism is well-founded.

Don't overlook NVIDIA's potential in the data center market, though. The company posted data center revenue of more than $2 billion in Q1, up 79% year over year. NVIDIA should enjoy sustained growth as more applications include artificial intelligence (AI).

Assuming NVIDIA's pending acquisition of Arm passes regulatory hurdles, the company should further cement its leadership position in AI. In particular, the Arm deal would boost NVIDIA's presence in the fast-growing Internet of Things market with chips for mobile devices.

Sure, an overall cryptocurrency crash could cause NVIDIA's shares to fall due to the popularity of the company's GPUs with crypto miners. It's happened before. However, the company has taken steps to segment its gaming business from crypto. I think that any pullback would only be temporary. NVIDIA has too many other strong growth drivers.

The biotech's COVID-19 vaccine was second only to the vaccine developed by Pfizer and BioNTech to win U.S. Emergency Use Authorization (EUA). Moderna reported $1.9 billion in sales for the vaccine in Q1, but that's just the tip of the iceberg.

Based on supply agreements in place as of early May, Moderna projected that its COVID-19 vaccine would rake in sales this year of $19.2 billion. However, the company has secured additional deals since then.

But does Moderna's market cap of close to $90 billion already price all of this growth in? To some extent, yes. However, shares still are trading at only around 10.5 times expected earnings. That's an attractive valuation, especially for a biotech stock.

The big question for Moderna is how strong the recurring revenue from its COVID-19 vaccine will be. While the sales levels of 2021 and 2022 might not be sustainable over the long run, annual vaccinations could be likely (especially with emerging coronavirus variants). I expect Moderna will be able to count on significant COVID-19 vaccine sales for years to come.

Then there's the pipeline. Moderna plans to advance its cytomegalovirus (CMV) vaccine into late-stage testing this year. It could easily be a megablockbuster if approved. The company has a dozen other programs in clinical testing.

Moderna hopes to use its newfound riches to dramatically boost its pipeline in the near future. CEO Stephane Bancel has stated that he'd like to have up to 50 clinical programs.

All of Moderna's current and planned pipeline programs are based on its messenger RNA (mRNA) technology. The company has maintained for a long time that if its mRNA approach worked for one disease, it would work for many diseases. If Moderna is right, the biotech stock should be a massive winner over the long run -- and could very well crush Dogecoin.