Shares of Editas Medicine (EDIT -5.88%) were jumping 7% as of 11:53 a.m. EDT on Monday after rising as much as 20.2% earlier in the day. The gain came after another CRISPR-focused biotech, Intellia Therapeutics (NTLA -7.18%), announced encouraging interim data over the weekend from a phase 1 study of NTLA-2001 in treating rare genetic disease transthyretin (TTR) amyloidosis.

In this case, Intellia's interim results were the first to show safety and efficacy for an in vivo (in the body) CRISPR gene-editing therapy NTLA-2001 in humans. Why might this be viewed as good news for Editas? 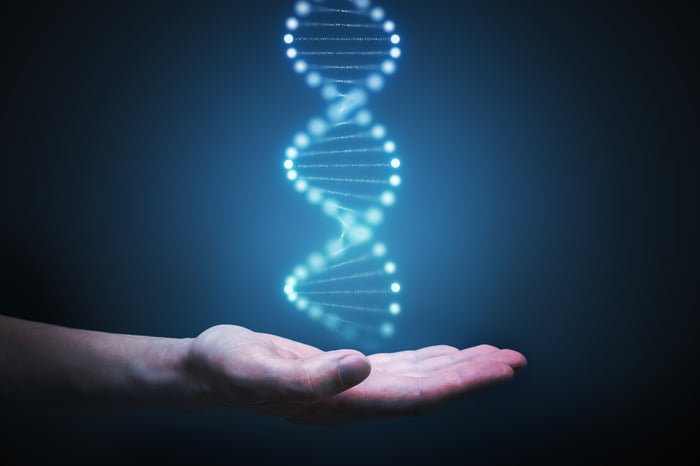 Like Intellia, Editas is developing both in vivo and ex vivo (out of the body) CRISPR gene-editing therapies. Intellia's preliminary success with NTLA-2001 raises hopes that Editas will be able to follow suit.

It's important to note, though, that Intellia's results are really early and were only for six patients. Also, the in vivo approaches taken by Intellia and Editas are different.

Editas already had some positive news for its lead in vivo CRISPR therapy, EDIT-101, last week. The company announced that the independent data monitoring committee overseeing the phase 1/2 clinical study of the therapy gave a green light to begin testing in children. Editas hopes to report initial data from an adult cohort of the study of EDIT-101 in September.