Please ensure Javascript is enabled for purposes of website accessibility
Log In Help Join The Motley Fool
Free Article Join Over 1 Million Premium Members And Get More In-Depth Stock Guidance and Research
By Alex Carchidi – Jun 29, 2021 at 7:31AM

There's more than one opportunity for it to do so.

Treating rare diseases can't be profitable because there are too few patients, right? As it turns out, targeting uncommon and severe illnesses can be a brilliant business decision -- especially if it's possible to make a better drug product than the alternatives. And for companies with therapies that do outperform, capturing massive market share can occur quite quickly.

That's exactly the situation for the rare-disease drug developer BioCryst Pharmaceuticals (BCRX -2.68%). BioCryst isn't profitable yet, though with soaring revenue growth from its recently launched hereditary angioedema (HAE) drug called Orladeyo, that could soon change. Its stock has soared 126% in 2021 so far, and if its new drug rollout proceeds as planned, it will probably go even higher. The only challenge for investors is knowing when the catalysts will run out. 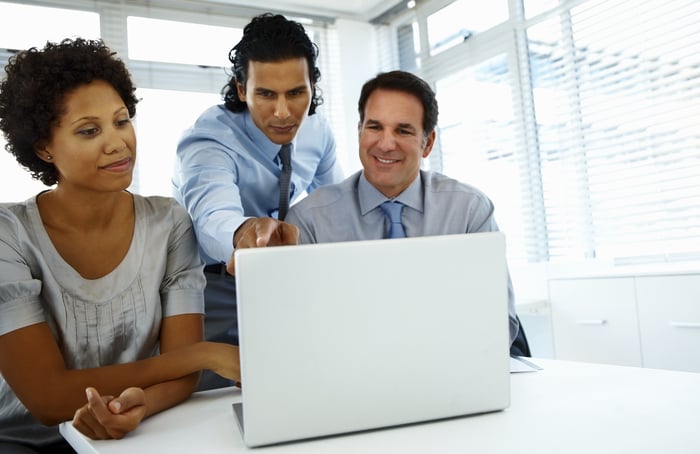 Expect revenue to ramp up fast

There are a few reasons to believe that this stock is going to keep growing through at least the rest of the year.

First, BioCryst is hot off several regional approvals for Orladeyo, so it will soon start to register new revenue. As of June 3, the drug had attained regulatory approval in the EU, which paved the way for its launch in Germany. Similarly, the drug is now available in Japan. The company's second-quarter earnings report is expected in early August, and it'll provide investors with a partial peek at Orladeyo's sales revenue. That's highly likely to catalyze further growth in the stock, which could well occur again later in the year when the first full-quarter revenue results are available. Investors might also be pleased if Orladeyo penetrates the market faster or more comprehensively than expected.

Right now, BioCryst expects that the majority of HAE patients will have access to Orladeyo by the middle of 2021, and that the drug could be prescribed to as many as 41% of people with the disease. So far, sales of the drug have driven its quarterly revenue to increase by more than 295% year over year. Expansion at that pace probably can't continue for very long, but it'll likely go on at least through the start of next year.

Then there's the open question of whether the company's drug Rapivab could have some more room to run. Rapivab is already on the market, and it's intended to treat acute influenza. But in 2020, it appeared that the public health measures taken to arrest the spread of the novel coronavirus had the unintended and beneficial effect of stamping out the flu season: Flu deaths dropped by 97% compared to the prior year. That almost certainly put a serious dent in BioCryst's sales of Rapivab. It's unclear whether influenza cases will return to prior levels now that coronavirus restrictions are ending in the U.S., but if they do, that will lead to some new revenue growth in the fall and winter. 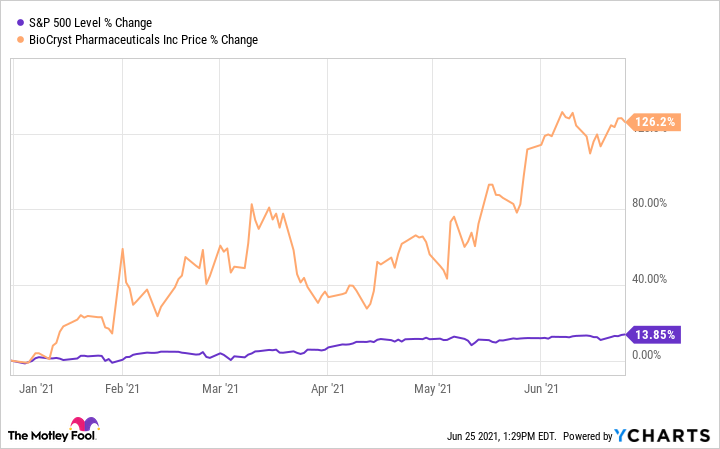 Growth could slow after 2021

Aside from rising revenue from the international ramp-up of Orladeyo distribution, there aren't any other major catalysts on the radar for BioCryst through the rest of the year. Beyond 2021, the company has a trio of drugs in phase 1 of clinical trials that could proceed into mid-stage development over the next couple of years. But the stock is unlikely to pop very much if these programs move forward from phase 1, as the bulk of the risk of failure occurs in the later stages of the clinical trial process.

So, BioCryst could be a winning stock for people who buy it now, and it almost certainly will end the year higher than it is now. Beyond that, however, its price will depend on how its preclinical pipeline programs are advancing and how favorable the results are from its ongoing clinical trials. Similarly, shareholders will probably want to see the company reach profitability sometime soon, after revenue growth from the Orladeyo launches starts to taper off. In the long run, it's also possible that Rapivab could make a full-powered comeback as a driver of revenue, but that's mostly out of management's hands.