As the U.S. celebrates Independence Day, investors should keep in mind that international stocks haven't all fared as well.

The stock market continued to rise on Friday, with the S&P 500 (^GSPC -0.16%) and Nasdaq Composite (^IXIC 0.00%) reaching new record levels. Only the Dow Jones Industrial Average (^DJI 0.00%) found itself on the outside looking in, but even that venerable market benchmark still posted solid gains on the day.

The July 4 holiday celebrates U.S. independence, and American investors often point to the stock market's success as evidence of the nation's long-term economic strength. Yet it's helpful to take a step back and realize that not all stock markets around the world have done as well as U.S. markets, especially in the wake of the pandemic. 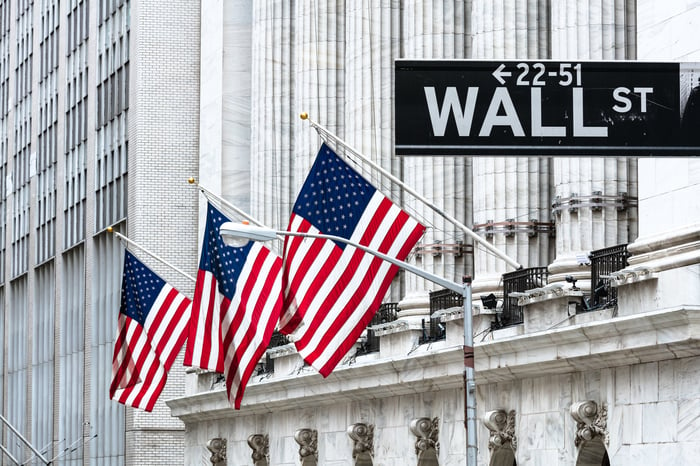 A look at markets abroad

It's helpful to get some perspective by looking at international stocks. Most markets are doing a lot better than they were this time last year, but they haven't necessarily put the pandemic behind them as the U.S. market has.

For instance, in the U.K., the FTSE 100 has bounced back sharply from the coronavirus bear market. However, it hasn't yet returned to the levels at which it started 2020, and the long controversy surrounding Brexit had kept British stocks in check during much of 2017, 2018, and 2019. That left them missing out on a big bull-market rally that U.S. stocks enjoyed.

In Brazil, stock exchanges have returned to record highs, but the road has been rocky at best. Multiple waves of COVID-19 infections have put pressure on the South American giant's economy. A sizable correction early in 2021 ate into gains from previous months, although investor sentiment has improved significantly over the past quarter.

And China never felt the direct hit from the pandemic that many other countries around the world did. Its stock market recovered quickly, although recent gains have been measured at best. Moreover, the Shanghai Composite remains far below levels from the mid-2010s and the 2007 surge prior to the global financial crisis.

By contrast, many markets are matching the U.S. with positive results. In Germany, the DAX index started setting all-time records again in late 2020, and it's up about 15% year to date.

Japan has also powered higher, as the pandemic proved to be not nearly as big a drawdown as in other nations. Gains rapidly accelerated in 2021, with the Nikkei approaching levels not seen since all-time records were set in the early 1990s.

Economies with heavy reliance on natural resources have done reasonably well. Australia's market is up just 10% for the year but is at all-time highs. Canadian stocks are up closer to 20%, while strong oil markets have the Saudi Arabian stock market rising more than 25% year to date.

A history of strength

The U.S. stock market has done extremely well -- both lately and over time. That doesn't mean you can't find great stocks overseas, but it should nevertheless serve as a reminder of how fortunate American investors have been to have such a strong environment in which to invest for the long haul.