Descriptions like "income investor" and "value investor" are thrown around as if they're mutually exclusive. But they're not. There are many investors who equally belong to both groups.

However, it's challenging to be both an income investor and a value investor. There aren't very many stocks that provide solid dividends that are also available at an attractive valuation. That doesn't mean such stocks are impossible to find, though. Here are three dividend stocks that are dirt cheap right now. 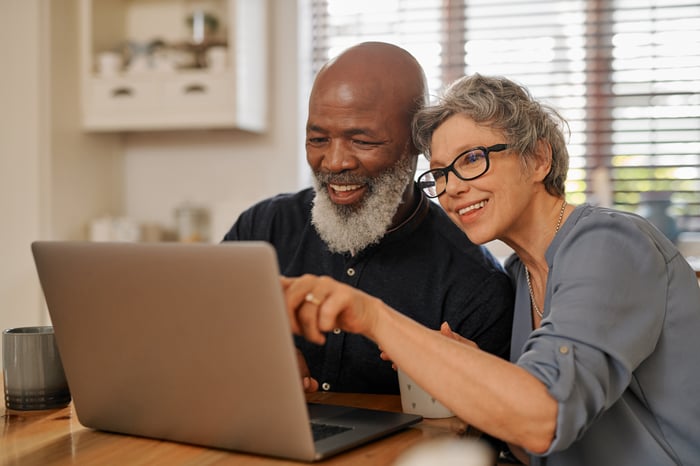 You don't just get a low valuation with AbbVie; you also get one of the best dividends around. The company is only one dividend increase away from becoming a Dividend King (S&P 500 stocks with at least 50 consecutive years of dividend increases). Its dividend yield of nearly 4.6% is enough to make most investors' mouths water.

To top it off, AbbVie should also generate pretty good growth over the next decade. That growth will be temporarily interrupted when top-selling drug Humira loses U.S. exclusivity in 2023. Except for that year, though, it seems likely that AbbVie will post solid overall sales increases.

The company has several other products that should keep the momentum going. AbbVie's blood cancer drugs Imbruvica and Venclexta continue to perform well. Its newer autoimmune disease drugs, Rinvoq and Skyrizi, could together offset much of the sales declines for Humira. The big drugmaker's acquisition of Allergan also gives it several products that should help provide growth.

The company is no slouch in the dividend department, either. Its dividend currently yields a little under 3%. And while BMS can't claim the impressive track record that equals AbbVie, it has increased its dividend payout each year over the last decade.

It also has several rising stars. Bristol Myers Squibb recently won a key approval for Zeposia in treating ulcerative colitis, the second approved indication for the drug. Newly approved cancer cell therapies Abecma and Breyanzi should also be big winners over the next several years.

You'll have a hard time finding a dividend stock that's cheaper than Viatris (NASDAQ:VTRS). Its shares trade at only 4.3 times expected earnings.

Viatris initiated its dividend program in May, so it doesn't have the history of dividends that AbbVie or Bristol Myers do. The company did start out with a solid dividend, though, that yields more than 3%. It expects to increase the dividend annually.

Don't look for jaw-dropping growth from Viatris. The drugmaker was formed by the merger of Pfizer's Upjohn unit with Mylan. Upjohn was home to Pfizer's older drugs, many of which have experienced sales declines.

Viatris' bottom line could improve, though, as it achieves cost synergies from the Upjohn-Mylan merger. Its sales should also pick up momentum within the next few years as it launches new products. For investors who prize both income and value, Viatris is definitely a stock to consider.