The small cloud infrastructure provider isn't trying to be the next AWS.

The biggest players in the cloud infrastructure market are Amazon Web Services and Microsoft Azure. Both platforms offer a huge number of products, services, and features.

That expansiveness has a downside: a lack of simplicity. There are companies that specialize in helping customers manage AWS bills, which should give you an idea of how complicated things can get.

DigitalOcean Holdings (DOCN 2.05%), a much smaller player in the cloud infrastructure market that recently went public, takes a different approach. DigitalOcean doesn't offer every imaginable cloud service. Instead, the company focuses on making its core offerings as simple and easy to use as possible. Pricing is transparent and easy to understand, and a developer can get going quickly without a steep learning curve. 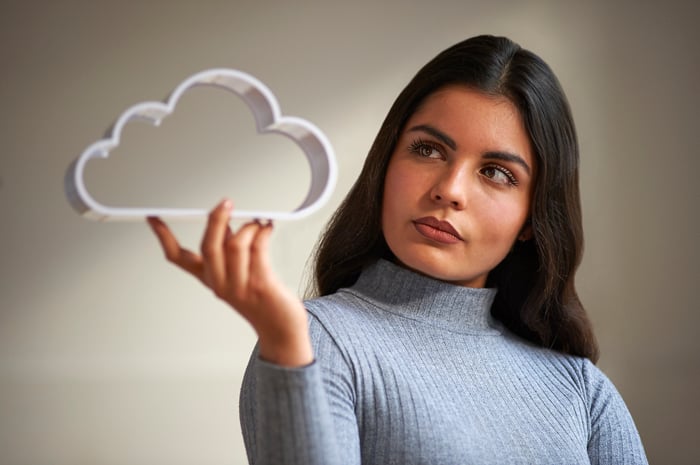 The core of DigitalOcean's platform is the Droplet, the name the company gives to its virtual servers. There's nothing different about a DigitalOcean Droplet compared to a virtual server on any other cloud platform. DigitalOcean just makes the process of spinning one up incredibly easy.

A basic Droplet on DigitalOcean, which includes a fixed amount of memory, storage, and data transfer, costs $5 per month, with more capable Droplets costing more. DigitalOcean offers a variety of "1-Click Apps," which allow a developer to spin up a Droplet with pre-installed software ready to go. If a developer wants to use a Droplet to run a WordPress site, for example, the Droplet with all the necessary software can be ready in about a minute.

If you go to the pricing page for the AWS EC2, its virtual server product, you're met with this: "There are five ways to pay for Amazon EC2 instances." Under the on-demand option, there are dozens of regions and a huge number of configurations to choose from, and data transfer is an additional cost that depends on a wide variety of factors. In other words, it's not simple.

DigitalOcean offers a few other products beyond Droplets. The company's app platform allows developers to upload applications directly without needing to manage a Droplet, with DigitalOcean handling the underlying infrastructure. Like Droplets, pricing is predictable and simple.

DigitalOcean also offers some managed databases, including MongoDB. While a developer could install database software on a Droplet, the managed database product frees developers from having to deal with the underlying infrastructure. Maintenance and updates are handled by DigitalOcean. Once again, pricing is dead simple, starting at $15 per month.

One downside to this strategy is a lack of switching costs. If an AWS customer is using a wide variety of services, each layered on top of the other, switching providers could be next to impossible without major disruption. That's not really the case with DigitalOcean, since virtual servers and databases can be moved relatively easily.

The upside is that developers like the platform. DigitalOcean has nearly 600,000 customers, and some of them who work within larger companies become active advocates for using DigitalOcean's services. DigitalOcean can win larger customers from the inside by focusing on winning over developers.

DigitalOcean doesn't spend much on sales and marketing, instead relying on its customers to spread the word. The company spent just over $10 million on customer acquisition in the first quarter, compared to $94 million of revenue. It spent more than twice as much on research and development. This careful spending will be the key to DigitalOcean producing solid profit margins down the road.

While the big cloud platforms are focused on offering the most services, DigitalOcean is focused on winning over developers with simplicity. DigitalOcean isn't the next AWS, but the company can certainly carve out a portion of the cloud computing market for itself by catering to those poorly served by the market leaders.

Why I Bought This Promising Cloud Computing Stock
409%