SentinelOne (NYSE:S) recently made history as the highest-valued cybersecurity IPO. The company priced its IPO at $35 per share, and its stock started trading at $46 a share on June 30.

SentinelOne's IPO price gave it a valuation of $8.9 billion, which surpassed CrowdStrike's (NASDAQ:CRWD) record-setting $6.7 billion market debut back in 2019. The eight-year-old company is now worth roughly $11.4 billion following its post-IPO rally.

Does that warm welcome indicate SentinelOne will sidestep the inflation and valuation concerns that have torpedoed many growth stocks this year? Or should investors wait for a big pullback before buying? 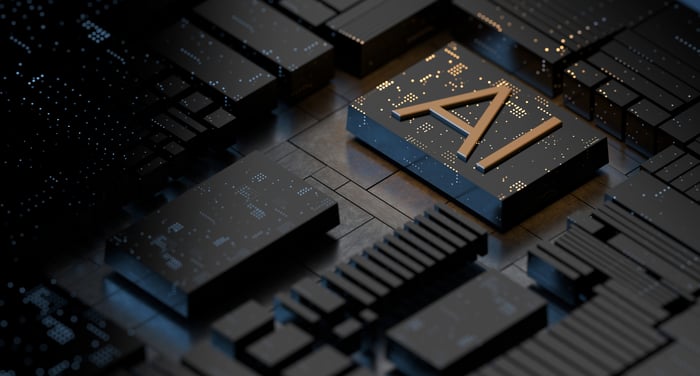 What does SentinelOne do?

SentinelOne provides both cloud-based services and on-site virtual appliances. Its cloud-based platform competes directly against CrowdStrike's cloud-native platform, but its agents and detection capabilities run locally and don't depend on any cloud-based connections.

SentinelOne says cybersecurity companies like CrowdStrike still use a "1-10-60" rule for responding to attacks -- one minute to detect an attack, 10 minutes to investigate, and 60 minutes to respond. It claims this human-powered process is simply too slow to counter new cyberattacks.

How fast is SentinelOne growing?

SentinelOne's growth rates support its claims. Its revenue doubled to $93.1 million in fiscal 2021, which ended this January, then rose 106% year over year to $37.4 million in the first quarter of fiscal 2022.

SentinelOne's dollar-based net retention rate, or its year-over-year revenue growth per existing customer, dipped from 119% in fiscal 2020 to 117% in fiscal 2021, but it grew year over year from 122% to 124% in the first quarter. CrowdStrike's retention rate has remained above 120% ever since its IPO.

The margins and valuations

SentinelOne attributes most of that pressure to rising cloud infrastructure costs related to the expansion of its Singularity platform. It expects that pressure to ease as its business scales, but investors shouldn't expect it to turn profitable anytime soon -- especially when rival CrowdStrike still can't generate consistent GAAP profits from much higher revenue and gross margins.

The other glaring problem with SentinelOne is its valuation: It's trading at over 120 times last year's sales. Even if SentinelOne's revenue doubles again this year, a price-to-sales ratio of 60 would make it comparable to the market's priciest tech stocks. CrowdStrike is already expensive at more than 40 times this year's sales, but it actually seems cheaper relative to its growth potential than SentinelOne.

SentinelOne's approach seems disruptive, but it's going up against much larger competitors. Its growth rates are impressive, but they're not jaw-dropping for a smaller company.

If SentinelOne made its market debut at a lower valuation, I'd consider buying the stock. Unfortunately, its IPO was priced for decades of unfettered growth with expectations of reshaping the cybersecurity market -- so I won't touch this stock until its valuation cools off to more sustainable levels.