Please ensure Javascript is enabled for purposes of website accessibility
Log In Help Join The Motley Fool
Free Article Join Over 1 Million Premium Members And Get More In-Depth Stock Guidance and Research
By Taylor Carmichael - Jul 8, 2021 at 6:39AM

OptimizeRx and Nano-X Imaging are two of my favorite small-caps right now. Here's why.

To make a lot of money in the stock market, it's key to focus on the small-cap section. What do I mean by "small-cap"? Historically, a small-cap stock was any company that had a market cap (share price multiplied by number of shares outstanding) of $2 billion or less. But these definitions were created back when a $100 billion company was considered huge. Now we have Apple and Microsoft valued at over $2 trillion.

So let's not get bogged down in definitions -- "small-cap" is relative. What we need to think about is market opportunity. How big can this small company get? The goal is to buy a $2 billion company, a $4 billion company, or a $6 billion company that has room to grow 10 times in value or more. Impossible? Nay, Fools. Happens all the time. What we need to do is find these small growth stocks, buy them, and hold them for years and years. (That last bit is probably the hardest!) 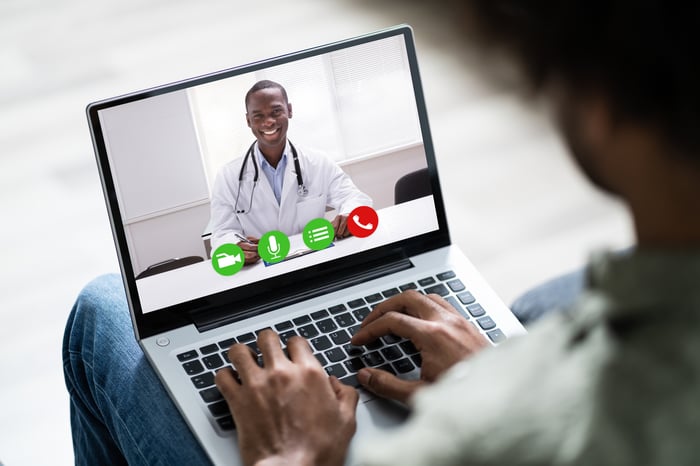 Here are two small-cap stocks that are in the sweet spot right now, using disruptive technology -- and the internet -- to make healthcare faster, better, and cheaper. I'm talking about OptimizeRx (OPRX -1.06%) and Nano-X Imaging (NNOX -0.43%).

The internet is fundamentally transforming healthcare

OptimizeRx stock was on fire last year. The stock started off 2020 at $10 a share, and by the end of the year it was changing hands at $30 a share. That's a nice 200% return for early investors. Now, six months later, the stock is approaching $60 a share. A six-bagger in 18 months. Sweet! 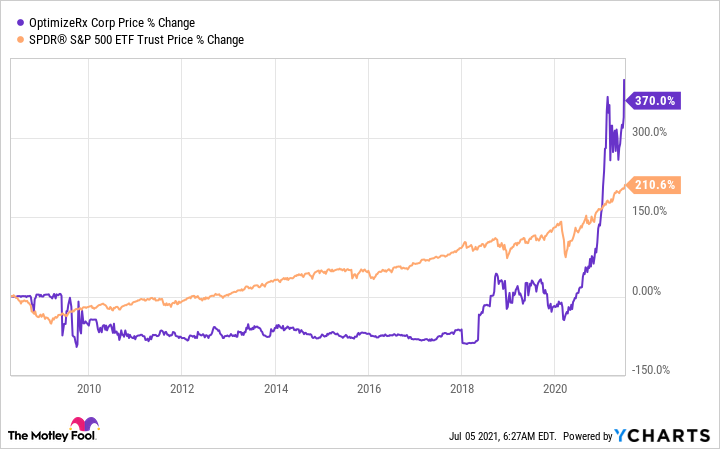 What's going on with OptimizeRx? This tiny company -- its market cap is now $1 billion -- is changing how pharmaceutical companies and other healthcare players reach doctors. OptimizeRx is a miniature version of Teladoc Health. Instead of modifying how doctors meet with patients, OptimizeRx is redoing the pharmaceutical sales call.

Big Pharma spends $20 billion every year marketing drugs to physicians. Many doctors hate talking to sales reps -- 55% of healthcare players limit rep access. Yet, it's vital that doctors receive information about new studies and new drugs that are hitting the market.

OptimizeRx has figured out a way to use the internet to get doctors this vital information when they need it most -- while diagnosing a patient's illness. Doctors, on average, spend almost six hours a day using electronic health records (EHR) software to track patient health. OptimizeRx has deals in place with over 370 EHR software providers (it's a highly fragmented industry), allowing its internet platform to reach 60% of physicians. And OptimizeRx uses this access to target doctors with relevant pharmaceutical data during the actual clinical workflow.

While the shutdown certainly accelerated the move to virtual healthcare, in my opinion this trend is just getting started. I suspect the role of pharmaceutical sales reps will become more and more virtual as the internet makes information flow ever faster, better, and cheaper. I'm hopeful OptimizeRx shareholders will ride this trend to a 10-bagger in valuation over the next decade.

Nano-X is on the verge of FDA clearance

Nano-X (pronounced "Nan-ox") is about to unleash its new X-ray device to the world. Last fall, naysayers were calling the company a fraud, saying there was no way its $10,000 X-ray device could actually work. Fast-forward several months, and Nano-X already has one clearance from the U.S. Food and Drug Administration (FDA) under its belt. It's expecting two more later this year.

Nano-X's imaging device will be radically cheaper than the existing MRI (magnetic resonance imaging) and CAT (computed axial tomography) scanners in use today. Those devices cost hospitals over $1 million, and often up to $3 million, to install. 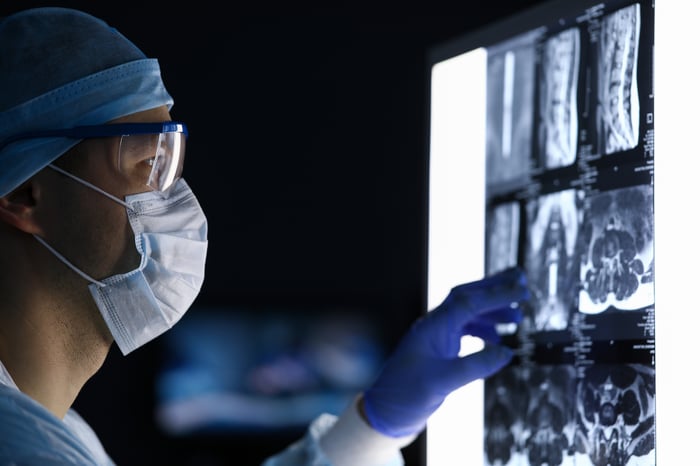 Nano-X's $10,000 device produces the same quality of X-ray images as those high-end machines. How, then, can the company manufacture its machine so cheaply?

The company bought the rights to nano-tech that was developed by engineers at Sony for flat-screen televisions. Nano-X spent the next eight years transferring the MEMS (micro-electro-mechanical systems) involved in this tech into a new X-ray machine. The key breakthrough was a cold cathode technology that allows these images to be powered digitally, without all the heat (2,000 degrees Celsius/3,632 degrees Fahrenheit) that existing systems require.

The FDA has already cleared the single-source device, validating the technology. A couple of weeks ago, Nano-X submitted its FDA application for its multi-source device -- the machine that will compete with MRI and CAT scanners. And then Nano-X will submit its third FDA application; this one is for its software platform, NANOX.cloud.

It's the last of these that will allow Nano-X to operate as a SaaS (software-as-a-service) provider, pulling in subscription revenue as doctors store and share X-rays online. The company envisions a price point of $40 per X-ray scan, and Nano-X will bring in $14 every time one of its devices is used. 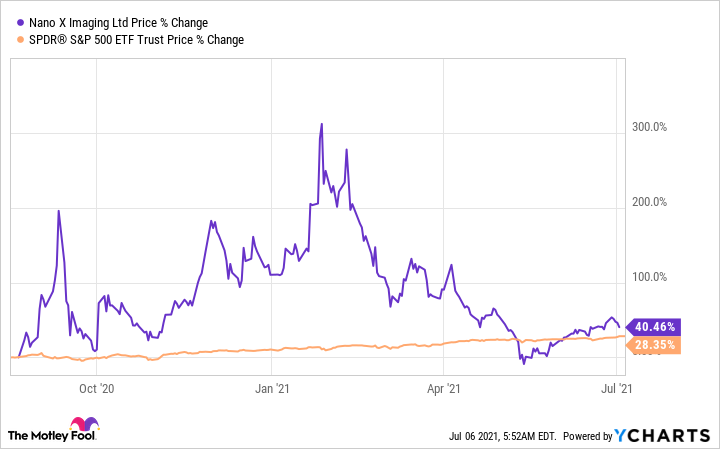 The stock has been incredibly volatile, running up on a massive short squeeze and then crashing back down to earth. But the upside remains incredible. I believe Nano-X will radically expand X-ray technology around the world, and X-ray use will become far more common. This is one small-cap that has a huge market opportunity ahead.

These 2 Telehealth Companies Should Unite

Could OptimizeRx Solve This Problem in the Pharma Industry?

Why Would Doctors Use OptimizeRx?