Please ensure Javascript is enabled for purposes of website accessibility
Log In Help Join The Motley Fool
Free Article Join Over 1 Million Premium Members And Get More In-Depth Stock Guidance and Research
By Keith Speights - Jul 18, 2021 at 4:55AM

You might not have heard of Harry Dent Jr. He's an American author, economist, and investment firm founder who correctly predicted the Japanese economic downturn in 1989. He also forecast the dot.com bubble's collapse.

Dent now believes that the stock market will crash within the next three months, with a good chance that it could happen before the end of July. And he doesn't think it will be a minor downturn. He recently stated in an interview with financial publication ThinkAdvisor that this "will be the biggest crash of our lifetime."

There's no way to know if Dent's pessimistic outlook is warranted at this point. However, even if he's right, I don't think that every stock will plunge. There's at least one stock that should soar if the stock market crashes this summer. 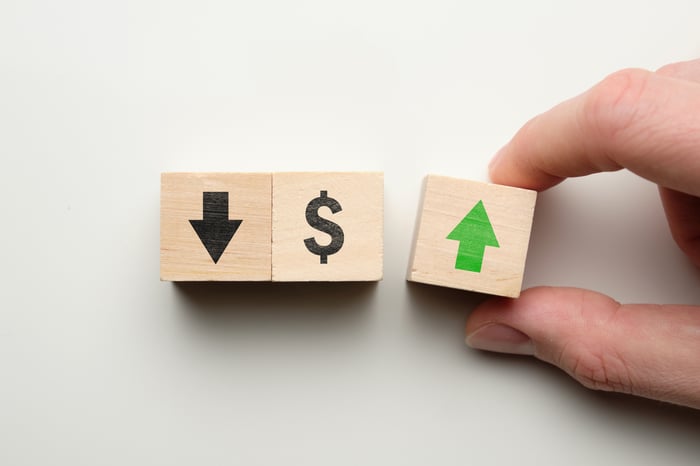 Most likely culprit behind a crash

Dent thinks that the housing price bubble will pop and serve as the initial cause of a near-term stock market crash. I don't find that argument all that convincing. Interest rates remain near historic lows. The inventory of homes for sale is still well below the demand. Mortgage capital provider Freddie Mac expects the housing market to remain strong throughout this year.

If a market crash is on the way within the next few months as Dent predicts, my take is that there's a much more likely culprit -- the rise of coronavirus variants. This shouldn't be surprising considering that the coronavirus caused the most recent stock market crash a little over a year ago.

We're already seeing COVID-19 cases rise throughout the world, in large part because of the spread of the delta variant first identified in India. Just last week, several countries in Europe issued new travel restrictions as a result of concerns about this coronavirus variant.

One of the key drivers for the tremendous recovery for stocks after the sell-off in early 2020 was the expectation that the economic effect of the pandemic would be short-lived. Many investors have been banking on a widespread economic reopening. There's a possibility that new variants could dash those hopes and set the stage for another market meltdown.

My view is that vaccine stocks would likely take off if coronavirus variants cause a market crash within the next few months. After all, vaccines would be the best chance of beating the variants. I also believe that BioNTech (BNTX -1.30%) would be the biggest winner in the group.

Why BioNTech? For one thing, it's by far the smallest of the companies that currently have vaccines on the market. Catalysts usually generate bigger swings in stocks with smaller market caps than they do with those with larger market caps.

I think that it's important that BioNTech and its partner, Pfizer (PFE 0.22%), are already working on strategies to address the rise of the delta variant. The two companies believe that a third dose of their COVID-19 vaccine could provide more protection against this coronavirus strain. They also plan to begin clinical testing in August of a modified version of the vaccine that specifically targets the delta variant.

There's also the matter of valuation. BioNTech is the cheapest of the leading vaccine stocks right now, based on forward earnings multiples. The biotech's shares trade at only 6.3 times expected earnings. I wouldn't expect that low valuation to last very long if fears about coronavirus variants increase so much that there's a huge market downturn.

A dent in the doomsaying

Now for a critical disclaimer: I don't think Dent's prediction of an imminent stock market crash will come true. It's not that there's no chance that he could be right; my view is just that it's unlikely that he will be.

I've already discussed why I don't agree with his take that the housing market bubble will precipitate a crash is on point. And while I do believe that the rise of coronavirus variants would be the most likely cause of a near-term market plunge, I nonetheless don't expect it to happen.

It's important to understand that the currently available COVID-19 vaccines are still highly effective at preventing severe disease -- even against the delta variant. The main problem, as I see it, with the rise in COVID-19 cases is that too few people have been fully vaccinated. However, enough individuals have been fully vaccinated that I don't expect a return of the lockdowns we saw last year.

Also, with all due respect to Harry Dent, he's been wrong quite a bit in the past. As a case in point, he published a book titled The Great Depression Ahead in early 2009. In this book, he predicted a major economic depression that could last for a decade or more. History didn't treat that prediction kindly.