Insurer Lemonade (NYSE:LMND) had a dramatic debut year on the stock market. It went public one year ago, in July 2020, and closed at $69 on its first day of trading. It reached as high as $163 in February before crashing back down to $60 in May, before rebounding to $86.59 as of Tuesday's market close.

Investors were impressed with Lemonade's disruptive model early on, but a poor first quarter had them running for the hills. Is the worst over yet? 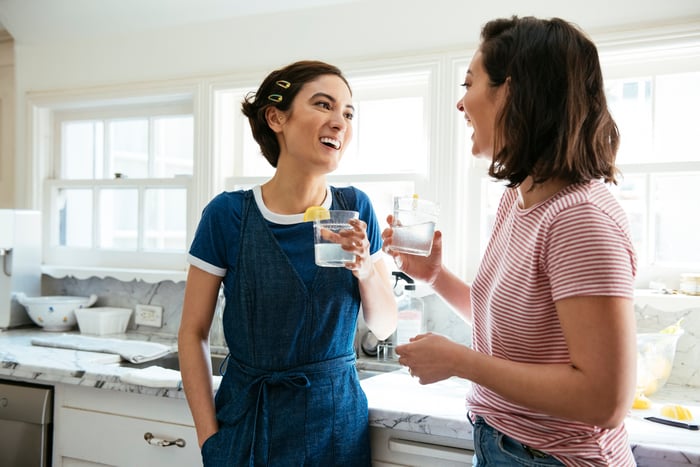 What's so exciting about Lemonade?

Lemonade isn't the only insurance company using artificial intelligence (AI), but AI isn't just an add-on -- it's how the company collects data from users and then analyzes it to quote policies and process claims, which can be approved in as little as one second. It's a compelling model, and it helped the company grow quickly in its initial offerings of renters and homeowners insurance.

Lemonade's gross earned premium (the total amount it takes in from customers) and its premium per customer (how much each of those customers are spending with it) are both quickly and steadily rising. Meanwhile, its loss ratio -- how much it's paying out in claims -- has generally been within a profitable range. Because Lemonade keeps 25% of its premiums as a fee and gives the rest to its reinsurance partners, it makes money if the loss ratio is less than 75%.

The company has picked up more than 1 million customers so far, a feat that took traditional rivals much longer.

As you can see above, Lemonade's loss ratio took a sharp turn for the worse in the first quarter. That's because Lemonade's residential customers in Texas were hit hard by severe winter weather in February. Management said the company paid out a year's worth of claims in just a few days.

Insurance companies need to be prepared for these types of incidents, and this is a first for Lemonade. It allocates resources from better-performing products and applies them as needed to cover products with challenges, and as it improves overall as a company, it has room to absorb these types of losses and maintain its performance. Last year it reconfigured its contracts with reinsurance companies to cede over a higher percentage of fees as well as more responsibility, and that should help pad it against future catastrophe losses. As it diversifies across products and more states, that will also protect it against hits from one market.

Lemonade's stock price was already falling before the first-quarter earnings report came out. Valuation likely played a role. At one point this January, shares were trading at more than 100 times sales. Even at the current price, which is down 29% year to date, shares are trading at nearly 44 times sales. Restructuring its reinsurance contracts skewed year-over-year comparisons and demonstrated decreases starting in the third quarter, making a price-to-sales (P/S) ratio difficult to interpret, and other valuation methods that involve earnings don't apply, either.

The company will need to show progress on several counts in the second quarter to allay investors' fears. The new reinsurance program went into effect in July 2020, so there won't be a meaningful revenue discussion until the third quarter. Its loss ratio was at its lowest in the second quarter of 2020, so that will be hard to match as well. But it should decline significantly from Q1, and that might be enough to please investors. 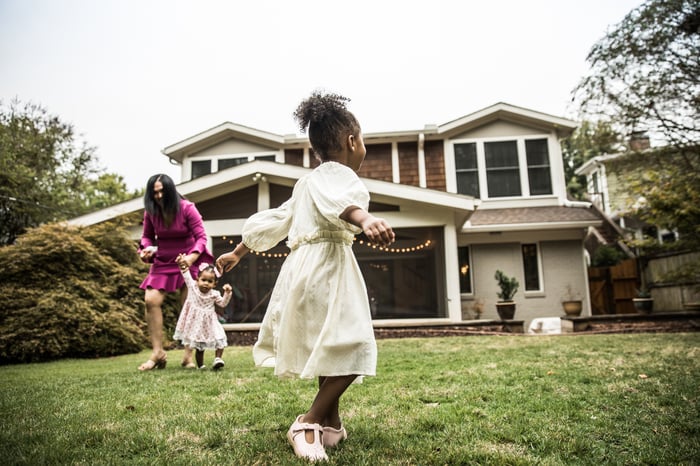 How it's climbing up

There are several catalysts for Lemonade's future growth.

The first is its new product launch. When Lemonade went public last year, it offered renters and homeowners insurance. Since then, it has launched pet insurance and term life insurance. Most recently, it announced that it is rolling out car insurance, and that could give it a significant lift. The auto insurance market is much bigger than any of its current markets, at $300 billion. The launch date hasn't been revealed yet, but new kinds of policies can attract new customers and increase sales.

The next catalyst ties into that, and that's current customers buying more policies. Lemonade targets younger customers who are renting or buying a first home, in the hopes that it will hold on to them as they grow through lifecycle events. These, in fact, accounted for two-thirds of the growth in premium per customer in Q1. Adding term life and auto increases the chances that each customer will become more valuable to the company over time.

Finally, as the company accrues greater sales and expands its business, homeowners insurance will make up a smaller percentage of the total, and its loss ratio will be less affected by particular disasters and should stabilize.

In-force premium, gross earned premium, and premium per customer have been excellent all along, and Lemonade's problems should start to straighten out in the coming months. Investors should keep in mind that the foundation is solid and the model is working.

Is the Worst Over for Lemonade? @themotleyfool #stocks $LMND Next Article
Current